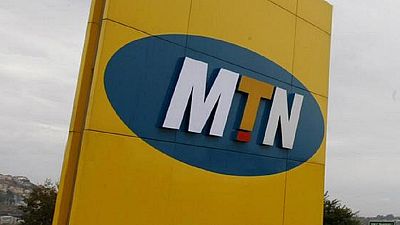 MTN Uganda, a unit of the South African telecoms firm, said government security personnel had raided its data centre and disconnected four of its servers.

The firm said in a July 3 letter to the state-run telecommunications regulator that it had “reported to police a case of illegal intrusion into the data centre and the disconnection of the four information servers.”

The regulator Uganda Communications Commission (UCC)’s top official confirmed to Reuters receipt of the letter, a copy of which was shared on some Ugandan WhatsApp groups.

This incident poses a serious security risk to our telecommunications infrastructure and customer data.

“I don’t know who leaked it but I received it, yes. They were complaining that they were raided,” Godfrey Mutabazi told Reuters.

MTN Uganda is the country’s largest telecommunications firm with a subscriber base of 11 million. The firm has been operating in Uganda since 1998 when it acquired a 20-year license, which is due for renewal later this year.

In the letter the company said men who identified themselves as members of Uganda’s Internal Security Organisation (ISO), an agency in charge of domestic intelligence gathering, had on July 2 kidnapped an employee of its contractor, Huawei Technologies.

The employee was forced to grant them access to a data centre in a suburb of Kampala where they proceeded to forcefully disconnect four servers.

“This incident poses a serious security risk to our telecommunications infrastructure and customer data,” MTN said.

During the raid, the firm added, some data may have been “tampered with or illegally accessed and taken from the premises.”

A government spokesman could not immediately be reached for a comment.

A police spokesman, Emirian Kayima, told Reuters he was aware of the letter but could not comment on the matter immediately.

It was unclear why the data centre was raided.

The firm has recently been facing criticism on social media platforms like Twitter and Facebook from some subscribers about data bundles getting used up quickly and the firm not responding to their complaints.

In May UCC said it would investigate the firm after criticism on social media about its mobile money policies.

Mobile Money is a cellphone-borne service popular in Uganda and across East Africa that allows individuals to transmit cash between themselves and also quickly pay for goods and services.

In a statement this week Uganda’s President Yoweri Museveni said telecommunications firms in Uganda had been “under-declaring calls until recently when we acquired machines to see the telephone calls ourselves.”

He did not mention any culprits but said this was causing the country to lose revenue.