Senegal’s football federation (FSF) has asked FIFA to reconsider its fair play ruling after their accumulation of more yellow cards than World Cup group rivals Japan made the African side the first country to be eliminated by the new regulation.

Japan and Senegal were left on the same points, goals and goal difference but it was Akira Nishino’s side that sneaked into the last 16 at the expense of the Africans.

Japan settled for a 1-0 loss to eliminated Poland on Thursday as the Volgograd Arena rang with boos from supporters with the Samurai Blue players passing the ball tamely among themselves in the final minutes of the game and Poland, happy with consolation points, choosing not to chase them down.

“In future, FIFA should penalise a team that plays that way,” FSF spokesperson Kara Thioune told the BBC.

With Japan and Senegal having drawn 2-2, the sides were split in a World Cup first by FIFA’s new tie-breaking ‘fair play’ regulation, which compared the sides’ disciplinary records across their three group matches.

“FIFA has adopted a new system but does the fair play rule solve all the problems? After the game, nothing happened to either Japan or Poland.’‘

“There should be some means of penalising players, coaches or teams for such an attitude.”

Under the new system, a yellow card counts as minus one point, while an indirect red is minus three. A direct red card would cost four points.

With two fewer yellow cards, Japan’s tally of minus four points was two better than Senegal, who felt aggrieved at being sent home for a reason other than the quality of their football.

The FSF has sent two letters to FIFA to complain about the situation.

“The federation believes that Japan literally refused to play when it learned that Colombia had just scored a goal against Senegal, a refusal to play that suited Japan but which is contrary to the principles governing football,” the letter stated.

“The federation is all the more shocked that the Japan coach did not deny the facts. In the post-match press conference, the latter even confirmed he had made the decision to manipulate the result by keeping the score at 1-0.

“The Senegalese Football Federation deplores the lack of fair play this Japanese team has shown. It challenges FIFA on the notion of ranking the number of cards which loses its meaning and interest when the team lacking fair play is not worried by any penalty.” 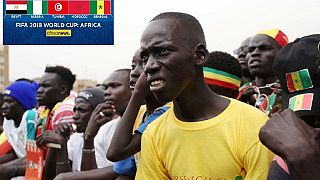 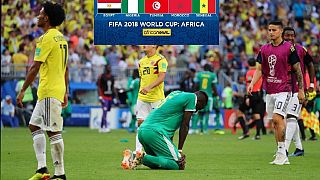