Libya's oil output down to 315,000 bpd as exports blocked 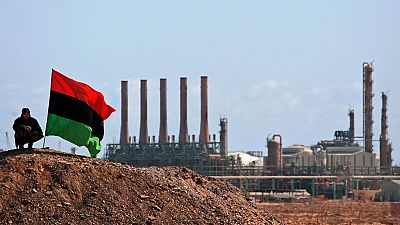 Libya’s oil production has been reduced to 315,000 barrels per day (bpd) as storage tanks at Hariga and Zueitina ports fill up due to eastern officials blocking exports, two Libyan oil sources said on Saturday.

The production drop has been gradual as ships have been barred from loading at the ports for several days.

Some two-thirds of storage capacity at eastern ports is out of action and the remaining capacity is nearly full, one of the sources said.