Nigerian entrepreneur pushes youth to use their voice for work 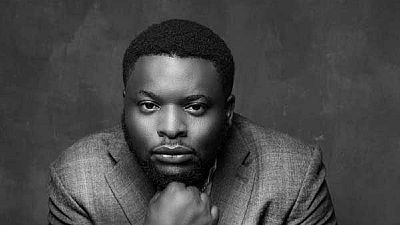 A voiceover class is in session at the Voice Academy in Lagos Nigeria. Today students are learning about breathing and counting exercises.

For the next four weeks, these students will be trained in verbal communication, voice manipulation and audio branding amongst other topics.

The brainchild of the program is one of Nigeria’s leading voiceover artists Seun Shobo.

The Voice Academy trains, auditions and books voiceover artists for jobs in Nigeria.

Shobo, who makes a living out of making jingles for advert campaigns, started the academy in 2016, with a goal to promote voice-over services as a marketable skill for the workplace.

“Well I am passionate about people using their voices to feed themselves, to make money you know people using their voices to actually make impact and make money because once you are making impact with your voice you know you definitely going to make money. For example, a lot of people have come here and started something different, entrepreneurial in quote and at the end of the day are making impact as well as making money basically like this is more like a social entrepreneurship scheme such because even when people are trained here, they even get jobs and they make the money they paid back into the academy back from brands and of course they get to the voice of some brands which is amazing,” he said.

Students pay tuition which ranges between $28 – $140 depending on the course.

Students also get a chance to do paid voice-over gigs before the end of the program.

The creative and cultural industries in Africa, which includes design, fashion, film television, radio, music and much more have often been overlooked as legitimate avenues for job creation and boosting the continent’s economy, but that is slowly starting to change.

“Most people have good voices but they don’t know that their voices can sell and you don’t really need a lot you don’t need to buy this, buy that to use your voice, to sell your voice so it’s a pretty good and easy kind of way to help yourself,” said Susan Adebimpe a student.

“Now I read more, I am more conscious about the way I pronounce my words and the way I communicate because there is a difference between talking and communicating. I have learnt a lot of dynamics about communication, how to use your gift and there is still so much I can’t just wait to learn much from this program actually,” said Mojola Winjobi another student.

“Nine out of ten things of course that you hear on radio are you know is all about the voice. It’s just all about the voice and the voice is something that resonates with the human soul, you know we have the images, we have words, these things are tools of communication as well as the voice. But what sells the most is your voice, the voice that’s why people mix images with voices, words with voices because the voice just pierces through the human soul and there is just that effect that it has,” he said.

With four out of every ten people unemployed in Nigeria according to figures from country’s national bureau of statistics, initiatives such as the Voice Academy could go a long way in helping provide employment.