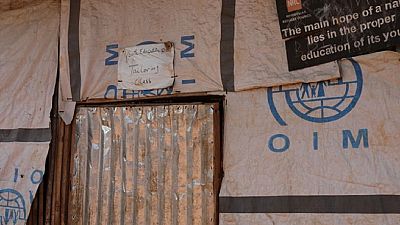 Warring parties in South Sudan must prioritise security and the opening of safe passages to get food, water and medicines to millions, aid workers said on Thursday, after a peace deal aimed at ending conflict in the world’s youngest country.

South Sudan signed a peace agreement with rebels on Wednesday, including a ceasefire to start in 72 hours and the humanitarian corridors, in a bid to end an almost five-year war that has plunged the African nation into a humanitarian crisis.

Tens of thousands of people have been killed, and one in three South Sudanese have been uprooted from their homes. Nearly seven million people need basic food, water and medicines, says the United Nations.

But the first thing we need is to ensure safety and security to get relief materials to civilians, as our movements are restricted due to the threat of violence in some areas.

Although previous peace deals have broken down, aid workers said they are cautiously optimistic, adding that the first priority was to ensure there was a cessation in hostilities.

“People are sceptical as we’ve been here before, but we are hopeful,” Janardhan Rao, country director for the charity Mercy Corps, told the Thomson Reuters Foundation by phone from the capital Juba.

“But the first thing we need is to ensure safety and security to get relief materials to civilians, as our movements are restricted due to the threat of violence in some areas.”

The framework agreement signed by President Salva Kiir and rebel leader Riek Machar comes ahead of a final settlement that would allow access for humanitarian aid, prisoners to be freed and a transitional unity government to be formed.

The search for peace

South Sudan split from its northern neighbour Sudan in 2011 and plunged into civil war two years later sparked by rivalry between Kiir and his former deputy Machar. Since then, other armed factions have also emerged.

Previous efforts to find peace between all the warring factions have failed, and a truce negotiated in December was violated within hours.

Aid workers in South Sudan face threats of being killed or abducted in the line of work. In April, 10 were taken by an armed faction and released five days later after negotiations.

The same week, a humanitarian worker was shot and killed while returning to check on a health clinic that had been looted, taking the number of aid workers killed since the conflict erupted December 2013 to about 100.

The U.N. says the number of South Sudanese refugees could exceed 3 million by the end of the year, making it Africa’s largest refugee crisis since Rwanda’s genocide in 1994.

Children are at risk of malnutrition; many are unable to attend school and have been recruited by armed factions. Women have reported being raped after their husbands were killed.

David Goetschmann, deputy head of the International Committee of the Red Cross in South Sudan, said the violence had fuelled “immense human suffering” as he welcomed the deal.

“Today in South Sudan there are entire communities who have been forced to flee their homes and are living in the open, sheltered only by trees, foraging for food,” said Goetschmann.

“Without fighting, humanitarian organisations will be better able to reach them.”