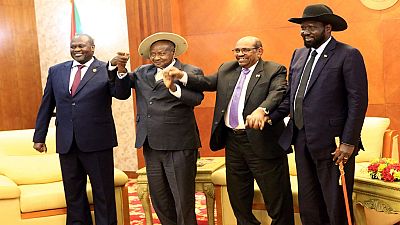 South Sudanese rival leaders signed a peace agreement in Khartoum on Wednesday under which a ceasefire would take hold after 72 hours, Sudan’s foreign minister said, although a rebel spokesman rejected other points.

The minister, Al-Dirdiri Mohamed Ahmed, said the agreement also included the opening of crossings for humanitarian aid, the freeing of prisoners and the formation of a provisional government after four months.

The war that broke out in 2013, less than two years after oil-rich South Sudan gained independence from Sudan, has killed tens of thousands and forced millions from their homes. 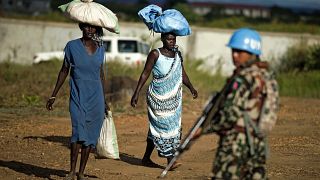