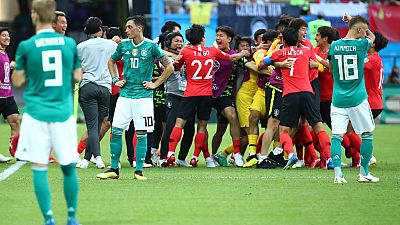 Defending world champions Germany crashed out of the World Cup after a shock 2-0 loss to South Korea on Wednesday, courtesy of two stoppage-time goals.

Sweden beat Mexico 3-0, but both teams qualify for the knockout stages.

The holders #GER, are out. #KOR join them heading home, despite big win. pic.twitter.com/Vyyzl7EcHq

The four-time winners, who had not been eliminated in a World Cup first round since 1938, were a shadow of their once dominant selves, managing only two goals in their three group games.

“At the moment it is hard to say (why we have been eliminated). The disappointment of us being eliminated is just huge. We didn’t deserve to be winning the World Cup once again, we didn’t deserve to move into the Round of 16,’‘ said German coach Joachim Low after the Korea defeat.

Germany lost the opening game 0-1 to Mexico, and dramatically beat Sweden 2-1 in stoppage time for the second game.

To qualify for the knockout stage, Germany needed to win by two or more goals or better Sweden’s result against Mexico in the other Group F game being played at the same time. They could also have gone through with a draw, if the Sweden-Mexico game had also ended in a draw. 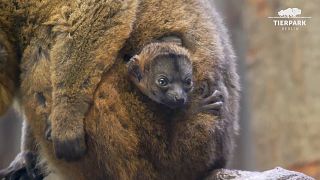