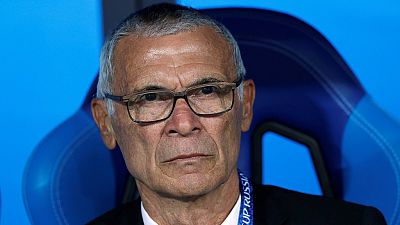 Egypt’s national football coach, Hector Cuper has been relieved of his duties by the country’s football association, following the unsuccessful campaign at the World Cup in Russia.

Egypt finished bottom of Group A with zero points after losing all three of its games, 0-1 to Uruguay, 1-3 to Russia and 1-2 to Saudi Arabia. The Pharaohs who did not play with star player Mohamed Salah in their opening game were consequently eliminated, extending their winless record at the World Cup.

Salah’s shoulder injury had dominated the build-up to the tournament, with the team struggling to win any of their warm up games. Salah scored Egypt’s two goals at the World Cup.

Argentine Cuper, 62, who would have been out of contract after the World Cup, had hinted that the Saudi Arabia game on Monday could be his last game in charge of the record African champions.

“I have never excluded anything. It might be my last game and it might not. It will depend on a number of factors,” Cuper, who was named Egypt coach in 2015.

Speaking after the Saudi Arabia loss, he said he would “see what will happen” ahead of a meeting with the Egypt Football Association (EFA).

The EFA said: “We held a meeting after returning from Russia and the entire board decided to say thank you to Cuper and his technical staff.

“We appreciate the work from the coach, from reaching the Africa Cup of Nations after three years of absence and taking Egypt to the World Cup after 28 years of absence.”

EFA also insisted that Salah is happy with the national team and management after media reports suggested he might quit international football for political reasons.