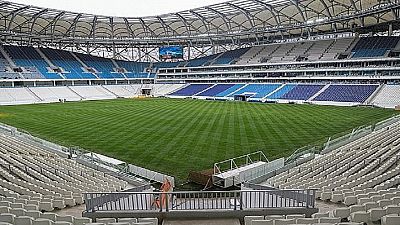 Iran equalises through a peanlty. They need a win to qualify.

Iago Aspas equalises for Spain in stoppage time and the game ends 2-2.

Morocco gets a second goal in the 81st minute, through En-Nesyri.

Portugal takes the lead just before half-time through a Ricardo Quaresma strike.

Morocco take the lead against Spain, through Khalid Boutaib who took advantage of a defensive error.

The matches kick off at the Kaliningrad Stadium and the Mordovia Arena Saransk.

Up next are the knockout decides in Group B. European champions Portugal take on Iran, while Spain take on winless Morocco.

The group is open, with all teams except Morocco eligible for a slot in the next round of the World Cup.

Here are the teams for #ESP and #MAR #ESPMAR pic.twitter.com/mu9T1Pi8Os

Portugal coach Fernando Santos has dismissed the suggestion that his team relied too much on Cristiano Ronaldo and said they worked hard to function as a unit as they prepared to face Iran in their decisive World Cup Group B match on Monday.

Ronaldo has scored all of their four goals, including a hat-trick in the 3-3 draw against Spain. Ronaldo’s goal against Morocco made him Europe’s all-time leading scorer in international matches.

Iran coach Queiroz, who worked with him at Manchester United and with the national team, has called Portugal “Cristiano Rolando and a group of players who run after him”.

Santos, who praised Iran as “the best team in Asia”, says he is not bothered by the mockery.

Spain who face winless Morocco with a point needed to guarantee progress, are wary of a team that has played brilliantly but been let down by poor finishing.

Morocco who lost their opening two games 1-0 to Iran and Portugal have vowed not to leave the tournament quietly.

“For us it is unjust we are already out before these third matches, but we have to accept reality and concentrate on this third game and to save our honour since this is all that is left to us,” said Morocco coach Herve Renard.

Spain will be looking to their lead striker Diego Costa to strike again, and guarantee safe passage to the knockout stages. Costa has scored three of Spain’s four goals in Russia, emerging as a surprise talisman after the sacking of coach Julen Lopetegui threatened to throw their campaign into chaos.

Cavani makes it three for the South Americans.

It’s been dramatic first halves at the Volgograd Arena and Samara Arena.

Russia have conceded a Luis Suarez goal, an own goal and been reduced to 10 men after Smolnikov was sent off in first half after receiving two yellow cards.

In the Egypt game, Mohamed Salah has scored, the oldest player to play at the World Cup, Egypt’s goalkeeper Essam El Hadary saved a penalty but could do little to save the second spot-kick awarded to Saudi Arabia in one half.

Salman Al-Faraj makes no mistake with #KSA second penalty of the half!

The oldest player in #WorldCup history makes an incredible save to deny a #KSA equaliser from the penalty spot!

Russia’s Igor Smolnikov sent off in first half after receiving two yellow cards.

Luis Suarez gives Uruguay an early lead with a goal in the 10th minute. Uruguay need a win to top the group.

The double -headers have kicked off in the Volgograd Arena and Samara Arena.

The final matches of the group stages kick off today, with action in Group A and Group B.

In Group A, Russia and Uruguay are playing to top the group, having won both of their opening two game, earning six points each. Russia have a superior goal difference so a win or draw will send the hosts through as group winners to face the runner-up in Group B.

In Group B, Spain, Portugal and Iran could all qualify for the knockout stage, depending on the results of Monday’s games. Spain and Portugal sit top of the group on four points with Iran on three and Morocco eliminated with no points so far.

Saudi Arabia and Egypt both lost their first two matches in Group A and can only contest third place before they pack their bags and head home.

The world will be sorry to wave goodbye to Liverpool and Egyptian forward Mohamed Salah who scored 71 percent of the team’s goals during qualification and scored in the 3-1 defeat by Russia.

Egyptian goalkeeper Essam El-Hadary could enter the World Cup record books as the oldest player to compete at the finals, although the 45-year-old was left out of the previous two games.

The hosts Russia will be looking to continue their fairytale start to the World Cup campaign havening beaten Saudi Arabia 5-0 in the opener, and overcome Egypt 3-1 in the second game.

Russia’s impressive campaign has seen them score eight goals, and run further than any other team at the World Cup, having covered more than 233km in their opening two games.

Uruguay on the other hand, have not been as brilliant despite their 1-0 wins against the Egyptians and Saudis.

Their 71 year old coach, Oscar Tabarez, who has been in charge of the team since 2006 says his team has overcome such odds before.

“But we face that with calmness. We have had these situations before. In the Copa America in 2011, it was a similar situation, there were matches where we were far from brilliant,’‘ said Tabarez referring to the Copa America win in Argentina seven years ago.

At that tournament, they drew their opening two group matches, before sneaking into the knockouts where they eliminated the hosts before going on to lift the trophy with an emphatic 3-0 victory over Paraguay. 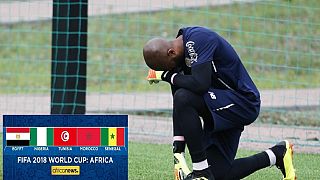 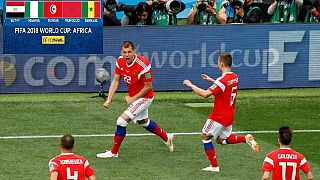