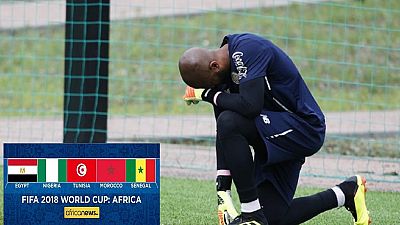 Salah, scores on his return, but it is not enough.

Mohamed Salah pulls one back for Egypt through a penalty awarded after VAR review.

Artem Dzyuba, another goal scorer from the opening game scores to give Russia a 3-0 unassailable lead.

Russia doubles its lead through Denis Cheryshev, the hero of the opening game.

Egypt concedes an own goal and Russia is in the lead just after half-time.

And the match kicks off here at the St. Petersburg Stadium.

Up next is the second round of the group stages, as action resumes in Group A.

Mohamed Salah is named in the starting eleven for Egypt who are taking on the hosts Russia.

Salah hasn’t played since May 25 when he injured his right shoulder during Liverpool’s Champions League final against Real Madrid.

The teams are confirmed for #RUSEGY! #EGY fans may recognise a familiar name returning to the Starting XI…#WorldCup pic.twitter.com/K6gN6YCymi

This tie is very important for Mohamed Salah’s side who will be desperate to avoid defeat that would condemn them to a premature exit at the World Cup.

On the question of Salah’s fitness, the coach Hector Cuper has said he is hopeful the star forward will play, if given the green light by a final fitness test before the match.

Russia who emphatically won their opening game 5-0 against Asian side Saudi Arabia will be hoping that they can win this game and qualify for the round of 16 in what would be a dream start to their World Cup campaign.

Senegal have achieved the first win by an African team at this year’s tournament, to the delight of millions across the continent.

Today, every African is Senegalese!

Poland pulls one back through Krychowiak in the 86th minute.

Senegal lead, thanks to a Polish own goal by Thiago Cionek in the 37th minute.

? #POL have now conceded in nine #WorldCup matches in a row, dating back to 1986#POLSEN pic.twitter.com/gTjG48jCMm

We now switch focus to Senegal’s opening game at the World Cup. Will Sadio Mane and his team finally deliver a positive result for the African continent?

Senegal’s coach Aliou Cisse takes pride in the fact that he has Liverpool forward, Sadio Mane on his team. Mane, who together with Egypt’s Mohamed Salah and Brazil’s Roberto Firmino terrorised defences in Europe as part of Liverpool’s record breaking season, has been described by Cisse as ‘one of the best players in the world’.

With the president of the country, Macky Sall expected to be in the Spartak stadium cheering on the team, the weight of expectation on Mane and his teammates is at its peak.

The entire continent of Africa will also be rooting for Senegal to deliver the first positive result for an African team at this year’s World Cup.

The last time Senegal was at the World Cup in 2002, captained by today’s coach Aliou Cisse and coached by maverick Bruno Metsu, they stunned the reigning champions France 1-0 in the opening game.

Poland will be hoping that their captain Robert Lewandoski, who is a prolific goal scorer in the German Bundesliga, can lift his teammates to glory.

“His attitude is always very professional and I believe he can be viewed as an example by other players of how to run their career.”

Ultimately, Colombia were punished by Japan for conceding an early red card.

2-1 it ended in favor of the four time Asian champions.

Colombia finds a way, equalising in the 39th minute through Juan Quintero.

Japan takes the lead through an early penalty converted by Shinji Kagawa.

Colombia are not only a goal down, they also have to play with 10 men for almost 85 minutes after their defender Carlos Sanchez was sent off for handling the ball in the penalty area.

What a start! carlossanchez6 receives the first red card of the 2018 #WorldCup for a handball in the box, and S_Kagawa0317 converts the penalty! #COLJPN 0-1#WorldCup pic.twitter.com/DkgJoYfOyV

And the match kicks off here at the Mordovia Arena Saransk where Colombia takes on Japan.

The last tile the two sides met, it was Colombia that carried the day with a resounding 4-1 win.

It is a game that will pit a passionate Latin American team against the Asian side whose coach has said players are ‘nervous’ following Monday’s news of an earthquake back home, a false hotel alarm on the same day and the fact that Bosnian Vahid Halilhodzic who was in charge during qualification was fired in April this year.

Former technical director Akira Nishino, who played as a midfielder for the fourth tile Asian champions is now in charge.

The Colombia coach, Jose Pekerman on the other hand has had more than four years to prepare his team for this moment.

“Pekerman has had four years (since the last World Cup) and I had only about a month,” Nishino said. “So there is a huge gap between the time we’ve been given. And if I simply take that fact into account, we won’t win.

The Japan team is also well aware of the threat posed by 2014 Golden Boot winner and Colombian playmaker James Rodrigues, who is struggling to be fit for this year’s action.

As the last of eight groups at the World Cup takes to the pitch today, Africans all over the continent will be hoping that Sadio Mane’s Senegal are able to deliver the first positive result for Africa.

Four times African teams have contested to win their opening games at this year’s World Cup, and it’s been heartbreak on all four occasions.

Egypt, Morocco, Nigeria and Tunisia have all lost, some conceding very late goals in stoppage time to the disappointment of their millions of fans.

Today, the spotlight will be on Group H, where Colombia will take on Japan and Poland will take on Senegal, bringing a close to the first round of the group stages.

Action will then quickly resume as the second round of the group stage takes off in Group A where African side Egypt will take on the hosts Russia. 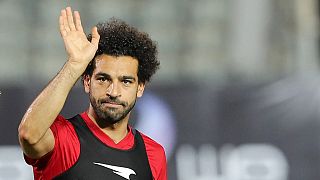 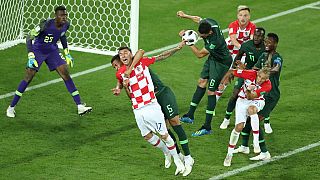 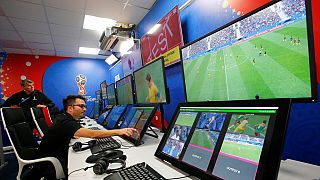