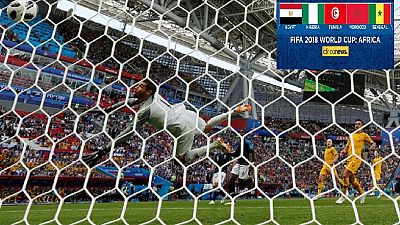 And it’s all over for Nigeria, who have to work their way from the bottom of Group D, in upcoming matches against Argentina and Iceland.

And so, after the first round of games in Group D…

Nigeria are two gaols behind after Luka Modric converts another penalty in the 71st minute.

Croatia takes the lead through an Etebo own goal in the 32nd minute.

And the match kicks off at the Kaliningrad stadium, with a sizeable Croatian crowd.

Nigeria donning their deep green away kit, after FIFA ruled that their very popular white and green home kit is too similar in its ‘whiteness’ with the Croatian kit.

The final match of the day…

Who has watched all four games today? #WorldCup pic.twitter.com/2uLSsGCkDw

It’s the final game of the day: Nigeria vs Croatia.

Africa gets another chance to impress at the World Cup after Egypt and Morocco faltered on the second day of the tournament.

All of Africa will be rooting for Nigeria’s Super Eagles on Saturday as they take on European side Croatia in the opening game of the ‘official’ 2018 World Cup of Death, Group D.

Nigeria who will be fielding the youngest team at the World Cup have had scandal free preparations in the camp, but have been the center of all headlines, thanks to their fashionable jersey and off-the-pitch outfits.

Nigeria’s coach Gernot Rohr said on Friday that the team is ‘physically and mentally ready’ for the opening game at the Kaliningrad Stadium, adding that he hopes to get support from the hosts Russia.

Peru loses to Denmark on its return to the World Cup

And it’s over for Peru, who loss by a one gaol margin to Denmark.

Cueva will be inconsolable, after he missed the crucial penalty.

Denmark gets the opener from a lethal counter-attack as Yurary Paulsen scores in the 59th minute.

The second half is underway.

Peru’s Cueva will be looking to redeem himself after woefully missing a penalty kick in the first half.

The penalty call was made by Gambian referee Bakary Gassama assisted by VAR.

Only one penalty in regular time at the 2014 FIFA #WorldCup was missed.

Two have been missed today. pic.twitter.com/QSP2sNUA0X

The match kicks off.

It’s less than 20 minutes to kick-off for the Group C clash between Denmark and Peru.

Next up, we welcome #PER back to the #WorldCup pic.twitter.com/PAFlbO8EGi

Both teams will play with an unwritten script that they says they are fighting for the second spot in Group C along with Australia.

Peru have been buoyed by news that their all time scorer Paolo Guerrero is fit to start for them in the game aginst Denmark after being freed from a doping ban.

Guerrero missed the play-offs against New Zealand after he tested positive for a cocaine byproduct contained in a tea.

Iceland earns a historic 1-1 draw against football giant Argentina, after their keeper made a heroic penalty save against five time world player of the year, Lionel Messi in the second half.

Sergio Aguero scores his first ever World Cup goal, putting Argentina in the lead in the 19th minute.

The match is underway. Iceland play their first ever World Cup game against Argentina.

The starting lineups for the opening game of Group D have been unveiled.

The matches keep on coming!

Lionel Messi’s Argentina will be taking on the adored European side, Iceland who were the surprise package at Euro 2016.

Argentina’s coach Jorge Sampaoli has opted to start with the potent attacking duo of Lionel Messi and Sergio Aguero.

Ready for Round 2? Find out where you can watch the game ? https://t.co/xliHcxWvEO

It’s full-time. France wins the opening game of Group C. Many French fans will be relieved with the result after a stubborn Australia side frustrated their stars for the greater part of the game.

A tough match for FrenchTeam, but they get their #WorldCup campaign off to a winning start. #FRAAUS pic.twitter.com/kX6HnWwMZC

Australia equalises through another penalty strike, taken by the captain Jedinak, just four minutes after Griezmann gave France the lead.

Antoine Griezmann puts France ahead with a goal from the penalty spot, after a call by the Video Assistant Referee (VAR).

And the match is underway at the Kazan Arena. It’s the opening game of Group C, France vs Australia.

It’s a few minutes to the opening game of Group C where 1998 world champions France take on Australia and the starting eleven for each team have been named.

In Group C, France will be taking on Australia and expectations will be weighing heavy on this generation of Frenchmen to replicate the success of their heroes, whose captain Didier Deschamps is back at the World Cup as the coach.

Featuring players like Manchester United’s Paul Pogba, PSG’s Kylian Mbappe and Athletico Madrid’s Antoine Griezman, France are not only group favorites, many fancy them to go all the way and lift the trophy. 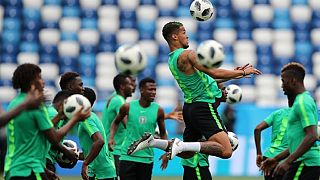 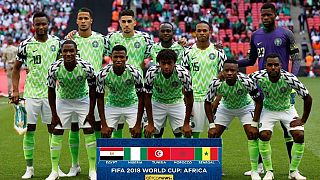 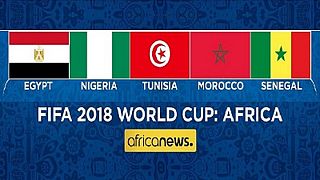