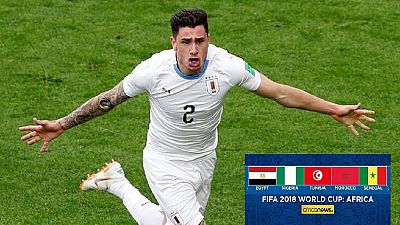 And the final whistle goes to end a thrilling game, and an equally dramatic day where African sides Egypt and Morocco conceded late goals to lose their opening games.

And the big game of the night delivers to expectations, as Ronaldo scores three games to ensure that the Iberian derby ends in a 3-3 stalemate.

Christiano Ronaldo levels matters, scoring from a freekick to make it three in this game.

Hardly three minutes after Costa scores the equaliser, Nacho scores a stunning long range effort to make it 3-2 for Spain.

Diego Costa does it again, scoring a second goal to equalise for the second time in this pulsating game.

A De Gea howler gifts Ronaldo a second goal at the stroke of halftime and Portugal are back in the lead.

Spain equalises with a brilliant solo effort from Diego Costa.

Portugal leads with a goal scored from the penalty spot by Christiano Ronaldo in the 4th minute.

The starting line ups have been named.

All eyes will be on the Spanish side Julen Lopetegui that fired its coach on the eve of the World Cup after Real Madrid announced that he would take on the coaching role at the club after the World Cup.

Christiano Ronaldo who guided his team to European glory at Euro 2016 will be hoping that the team can replicate the same form to help him the one accolade that has eluded him and his nemesis Lionel Messi.

After dominating the game for the entire 90 minutes, Morocco concedes a goal in the last minutes of stoppage time and Iran win the first game of Group B.

Morocco are devastated, well knowing that the journey to get past the group stage is now even more uphill as they have to face 2010 world champions Spain and reigning European champions Portugal.

ANOTHER dramatic finale at this year's #WorldCup! pic.twitter.com/DbhaGTI3Af

Turkish referee Cakir Cuneyt gets things underway in the first match of Group B as African side Morocco, take on Iran. Will Africa register its first win?

Who's ready for Round 2? Just under one hour until we go again! #WorldCup #MARIRN pic.twitter.com/hvCV2V0Ar3

North African side will take on Iran later in the day, and the coach Herve Renard, who is taking on the World Cup challenge for the first time says he is ready.

Iran who are coached by Portuguese Carlos Queiroz are ranked four places above Morocco in the FIFA World rankings.

Both teams will be looking to get off to a winning start considering that their other opponents in the group are 2010 world champions Spain and the reigning European champions Portugal.

The first round of Group A is done, and the hosts Russia are in the driving seat, with three points and a goal difference of 5.

Egypt loses to Uruguay with a heartbreaking last minute goal, after defending so well throughput the game.

Jose Gimenez scored for the South Americans in the 90th minute from a Carlos Sanchez free-kick.

The second half is underway.

It’s halftime in Russia and it’s a stalemate so far, as both teams have failed to find the back of the net.

Uruguay has had more possession at 56% and four more shots than Egypt, but they will still not be happy with their performance, having been tipped by some to go all the way and win this year’s World Cup.

The big question of the second half will be whether Salah is introduced or not.

What a day we have on our hands!

Mohamed Salah’s Egypt takes on Luis Suarez’s Uruguay, following a dramatic Russian win over the other team in Group A, Saudi Arabia.

Salah has not been named in the starting line up but coach Hector Cuper has already reassured the fans that his plans go well and beyond one of the best players in the world.

“Egypt is lucky that this generation has one of the best players in the world but our tactics don’t solely revolve around him,’‘ Cuper told Egyptian TV.

Starting lineups have been named 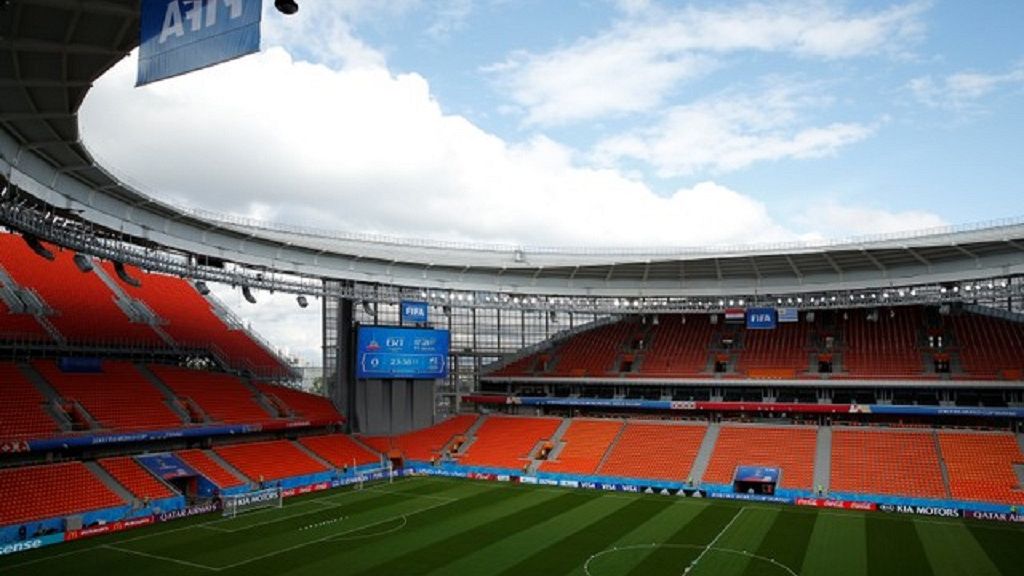