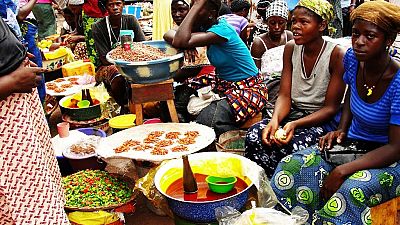 Annual inflation in Nigeria slowed to 11.61 percent in May, its lowest level in more than two years and its 16th straight monthly drop, the National Bureau of Statistics revealed on Wednesday.

Food inflation has been in double digits for almost three years, but has slowed for more than six months.

The statistics office said the highest increases were recorded in potatoes, yam and other tubers, as well as vegetables plus fish, bread and cereals.

Last month the central bank governor held interest rates at 14 percent, saying that inflation was still above its single-digit target. The bank said inflation could worsen again with the influx of cash from spending related to Nigeria’s much-delayed 2018 budget.

Nigeria emerged from its first recession in 25 years in 2017, helped by higher oil prices, but growth remains fragile.

The central bank has kept benchmark rates tight for more than a year to curb inflation, support the naira and attract foreign investors into its debt market.