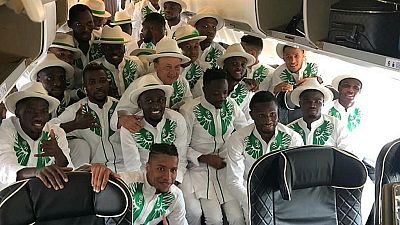 Nigeria’s fashionable Super Eagles continue to hog all the headlines ahead of the World Cup, following the Sky Sports poll that voted their official Nike designed kit as the best jersey at this year’s tournament.

The Nigerian team who pulled off a remarkable unbeaten qualification run to the World Cup in Russia, have arguably been the most hyped African nation going to Russia. Their jerseys sold out on the day they were released and they have recived endorsements from unlikely sources including Italian football club side AS Roma and Kenyan politician Raila Odinga.

The Super Eagles have however not returned impressive results in their warm up games, losing matches against Serbia, England and the Czech Republic.

That has however not weighed down the expectations of over 180 million Nigerians who are rooting for the three time African champions. Nigeria plays against Argentina, Iceland and Croatia in Group D.

True to their form, the team made a colourful grand entrance to their training base in Russia, donning green and white attire that featured footballs below the collars. The attire, which has revived the hype around the Nigerian team, is complemented with matching shoes and hats.

Can we just give Nigeria the World Cup now? They’ve already won it. ?#NGA pic.twitter.com/sHLkHWXl5B

Nigeria should be advanced to the #worldcup final for these team travel outfits alone. pic.twitter.com/OALUmYcc4f 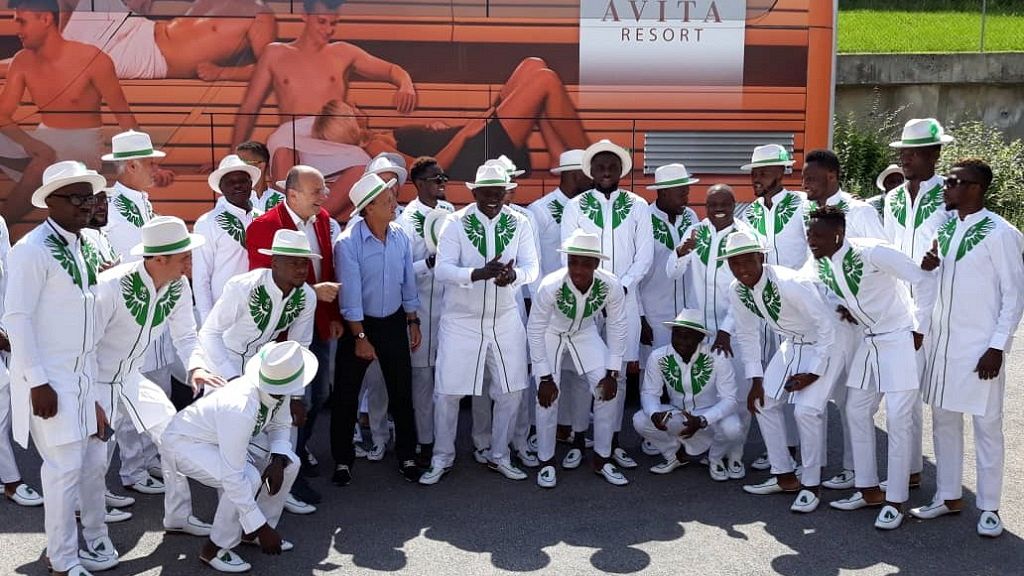