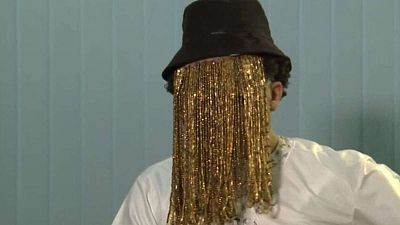 With just hours to go before Anas Aremeyaw Anas’ documentary on alleged corruption in Ghana’s football community premieres, the investigative journalist is facing accusations on corruption and tax evasion.

A Ghanaian MP has launched a long tirade against him, accusing him of corruption and tax evasion on his private companies, accusations that the journalist’s supporters describe as an attempt to soil the journalist’s image.

“We must confront Anas for the bad things he did to Ghanaians. He amassed wealth during his investigations,” said Kennedy Agyapong of the ruling New Patriotic Party on Adom FM radio station.

Although Anas appears in public wearing a facemask, the MP posted images on television, claiming that they are images of the journalist and his team, BBC reports

Agyapong urged the public to attack Anas if they meet him.

The Ghana Journalist Association (GJA) has condemned these death threats against Mr. Anas. His exposes on corruption in football led to the arrest of Ghana Football Federation president, who’s also the first vice-president of the Confederation of African Football (Caf), Kwesi Nyantakyi.

More details on this presumed corruption in Ghana’s football will emerge in the documentary dubbed “Number 12” during its first broadcast in the capital, Accra, Wednesday.

Last week, a social media campaign with the hashtag #IamAnas saw many Ghanaians taking pictures with improvised masks as a sign of solidarity with the investigative journalist.