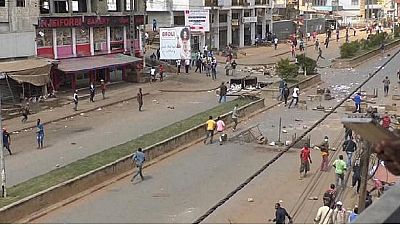 The latest round of abduction by alleged separatists in Cameroon’s restive Anglophone region has claimed two school heads in the Southwest region.

The two were reportedly abducted late last week in the capital of the region, Buea. Sources gave their identities as : Georgina Enanga Sanga, headmaster of the public high school (GHS) Bolifamba Mile 16-Buea and Eric Ngoumba, head of the Cameroon Baptist Academy Yoke-Muyuka.

According to witnesses quoted by local media, the two officials were in a public transport that was intercepted by four armed assailants. The attackers are said to have fished out Georgiana and Eric despite incessant pleas from other passengers.

State security forces deployed in the area are said to have arrived late thus the inability to track the armed men. The authorities have, however, reassured students and parents about the smooth running of the end-of-year exams.

129.700 students sit in for the GCE Ordinary and Advanced Level today. Number of candidates lower this year compared to 2017. Security to be reinforced in examination centres in anglophone regions of Cameroon

Most security watchers following the crisis have stressed that it bears the modus operandi of separatists operating under the so-called Ambazonia Republic.

The crisis which started in November 2016 in Cameroons English-speaking areas was in protest against marginalization and demand for more participation in French-dominated Central government.

The separatists have since October 2017 mounted guerilla style attacks that have killed about 45 security forces – police, soldiers and gendarmes. It is estimated that more than 600 civilians have already died as a result of the Anglophone crisis, according to NGOs.

In addition, some 160,000 people have fled their homes as a result of the violence, according to the UN. Thousands of these people are currently seeking asylum in neighbouring Nigeria.