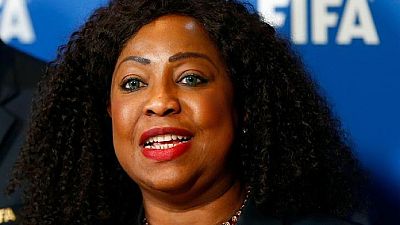 FIFA Secretary General Fatma Samoura said she encountered sexism and racism when she took over the job, with some in soccer opposed to a “black woman” taking a senior post at the global governing body.

The 55-year-old Senegalese was the first woman to hold a senior role at FIFA when she took over from Jerome Valcke, who was sacked in January 2016 as part of the fall-out from the corruption scandal that rocked the organisation.

Samoura said she had “broken the glass ceiling” in a “male-dominated organisation”, adding “they are used to me now”.

There are people who don’t think that a black woman should be leading the administration of FIFA.

“There are people who don’t think that a black woman should be leading the administration of FIFA. It’s sometimes as simple as that,” Samoura told the BBC.

“It is something we are fighting on a daily basis on the pitch. I don’t want any racist person around me.

Along with overseeing the reform of football’s governing body, Samoura is tasked with improving conditions for migrant workers constructing facilities for Qatar’s 2022 World Cup.

“Nobody asks a man when he takes a position if he’s competent to do the job. They just assume that he can do the job.

“For a woman to make her way up to the top, you need to prove every single day that you are the best fit for that position.”

In April, Samoura was the subject of an investigation into an alleged conflict of interest concerning the Morocco 2026 World Cup bid. She was cleared of any wrongdoing and dismissed the claims as ‘laughable’.