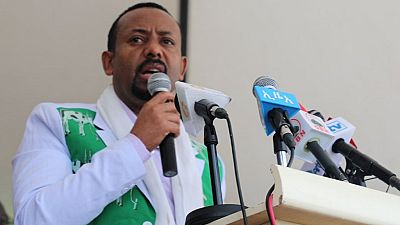 Ethiopia pardoned on Saturday an opposition leader with British citizenship who had been sentenced to death, the latest in a series of pardons and releases of jailed dissidents announced in the wake of years of violent unrest.

Andargachew Tsige was sentenced to death in absentia in 2009 over his role in the opposition group Ginbot 7, leading to his arrest in Yemen five years later and extradition to Ethiopia.

Andargachew served as secretary-general of the anti-government group, which describes itself as a reform movement but is branded a terrorist organisation by Addis Ababa.

The decisions were made with the “intention of widening political space,” the attorney general told reporters in the capital, Addis Ababa. Andargachew is expected to be released within the next two days.

The pardons are part of reforms that the government has pledged to undertake after violent unrest broke out three years ago, sparked by an urban development plan for Addis Ababa that critics said would trigger land seizures in the surrounding Oromiya region.

Last week, the government and an exiled opposition party from Oromiya opened talks with the aim of enabling it to return to the political fold.