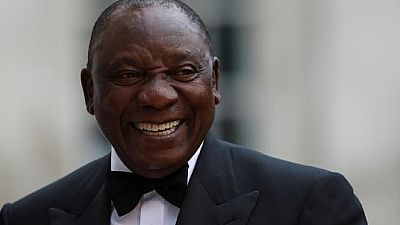 While the United Kingdom will be celebrating the Royal Wedding of Prince Harry and American actress Meghan Markle, a more political ‘wedding’ will be celebrated in Uganda.

South Africa’s first son, Andile Ramaphosa is in Uganda to ask for the hand in marriage of his long time girlfriend, Bridget Birungi Rwakairu, who happens to be the niece of former prime minister and Uganda presidential candidate, Amama Mbabazi.

In accordance with culture, the marriage is to be preceded by a traditional ceremony known as 'Okhusaba' which shall be held on May 19. The ceremony shall be at 10 Nyanyi Gardens Kololo, at Rt Hon Amama Mbabazi's residence.

The traditional marriage request ceremony, locally known as ‘Okhushaba’ which loosely translates as ‘to ask’ will be held at Amama’s private residence in an upscale suburb of the capital, Kampala.

The ceremony gives both a families a chance to be introduced to each other and negotiate the brideprice that the groom’s family must pay.

“In accordance with culture, the marriage is to be preceded by a traditional ceremony known as ‘Okhusaba’ which shall be held on May 19. The ceremony shall be at 10 Nyanyi Gardens Kololo, at Rt Hon Amama Mbabazi’s residence,” a statement issued by Mbabazi’s family partly reads.

36 year old Andile, who is president Cyril Ramaphosa’s eldest son, is a finance and capital markets professional, currently working as the head of strategy in the Executive team of Macquire Bank South Africa. He has been dating 37-year-old Rwakairu for the last ten years. The couple have a two month old baby.

Rwakairu was born to the late Shadrack Rwakairu of Kabale and Peace Ruhindi. Amama took over the raising of Rwakairu after her father’s death in 1983.

The couple who met at the Beijing University of Science and Technology are yet to set a date for the wedding.

It is not yet known whether the groom father’s, president Ramaphosa will attend the ceremonies in Uganda, but as per the Ankole tradition from which his future daughter in law hails, he is expected to lead a delegation to Western Uganda for the traditional marriage, known as ‘Kuhingira’, where he will give cows and other gifts as a thank you gesture.

President Ramaphosa is known to have taken interest in the Ankole long horned cattle and rears them in his impressive 51100 hectare farm in South Africa.