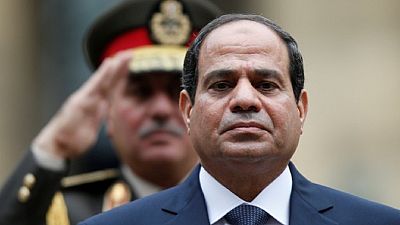 Egypt’s President Abdel Fattah al-Sisi said on Wednesday the move of the U.S. Embassy in Israel to Jerusalem will cause “some instability” in the region, in his first public comments on the issue.

Israeli troops shot dead dozens of Palestinian protesters on the Gaza border on Monday when the high-profile opening of the U.S. Embassy in Jerusalem by President Donald Trump’s administration raised tensions to boiling point after weeks of anti-Israeli demonstrations.

“On the move of the U.S. Embassy, we have said this issue will have negative repercussions on Arab and Islamic public opinion and lead to a kind of dissatisfaction and some instability, and will have repercussions on the Palestinian cause,” Sisi, a U.S. ally, said in televised remarks at a youth conference.

I urge the Israelis to understand that the reactions of Palestinians over this issue are legitimate.

Egypt, the most populous Arab country and longtime mediator in Israeli-Palestinian peace efforts, has condemned the deaths of Palestinians but avoided direct criticism of the United States following the opening of the U.S. Embassy in Jerusalem on Monday.

“I urge the Israelis to understand that the reactions of Palestinians over this issue are legitimate and that (they) are dealt with in a way that takes great care for the lives of Palestinians.”

Israel said Wednesday that Palestinian protests on the Gaza-Israel border have dropped off dramatically, citing what it said were Egyptian efforts to restore calm. Gaza’s dominant Islamist Hamas movement, has denied any pressure from neighbouring Egypt to scale back the six-week-old demonstrations.