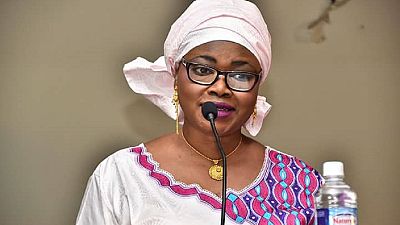 <p>Gambia’s capital Banjul made history on Saturday with the election of its first female mayor. Mayoress-elect Rohey Malick Lowe is the first woman elected to steer affairs of one of West Africa’s smallest capitals.</p> <p>Her election was confirmed by the Independent Electoral Commission at the end of the May 12 Mayoral elections that took place in Banjul and Kanifing areas. </p> <p>She run on the ticket of the ruling United Democratic Party (<span class="caps">UDP</span>) which elected her as candidate months back. Incidentally the Lowe name is not new to the post, her late father, Malik Lowe was a one-time Mayor of the city.</p> <p>The polls were the first mayoral election after ouster of Yahya Jammeh. Jammeh’s party also lost the presidential hold on Banjul in the December 2016 elections that ended his over two decades rule of The Gambia.</p> <blockquote class="twitter-tweet" data-lang="en"><p lang="en" dir="ltr">We congratulate the first female mayor of the our country; Ms. Rohey Malick Lowe. Congratulations Lord Mayor!<br /> The entire country is proud of you for being steadfast and determined from the beginning to the very end. Congratulations on your victory.<a href="https://twitter.com/hashtag/UDPForGambia?src=hash&ref_src=twsrc%5Etfw">#UDPForGambia</a> <a href="https://t.co/WgkoB48fqn">pic.twitter.com/WgkoB48fqn</a></p>— United Democratic Party (@OfficialUDPGmb) <a href="https://twitter.com/OfficialUDPGmb/status/995611767622553601?ref_src=twsrc%5Etfw">May 13, 2018</a></blockquote> <script async src="https://platform.twitter.com/widgets.js" charset="utf-8"></script> <p>That makes two mayoresses for West Africa. Across the border in Sierra Leone, a woman was also elected mayor, <a href="http://www.africanews.com/2018/03/21/sierra-leone-capital-freetown-elects-female-mayor-the-first-since-1980/" target="_blank">Yvonne Aki Sawyerr, </a> became mayor for the first time in over three decades. The Chartered Accountant became the first female mayor since 1977 – 1980 when the position was held by one Dr June Holst-Roness.</p> <p>The new Banjul “overlord” in outlining her aspirations for Banjul in a Go Fund Me page in February 2018, she said: “After 22 year’s Executive neglect, the Gambia and her capital Banjul in particular need a serious face-lift. Banjul as a City is in a bad shape, and it would require pragmatic, visionary leadership with a progressive team and established structures to make that happen.</p> <p>“Rohey Malick Lowe acknowledges and assumes this task as a citizen responsibility, and is ready to get in the trenches with <span class="caps">YOU</span> and with <span class="caps">YOUR</span> help, give us ‘the City We Deserve!’ Of the many issues that the City faces, a Rohey Lowe Council’s immediate priority areas will include, but not limited to: <span class="caps">SANITATION</span>, MUNICIPAL <span class="caps">ECONOMY</span>, PUBLIC <span class="caps">INFRASTRUCTURE</span>.</p>

Rohey Malick Lowe acknowledges and assumes this task as a citizen responsibility, and is ready to get in the trenches with YOU and with YOUR help, give us 'the City We Deserve!'