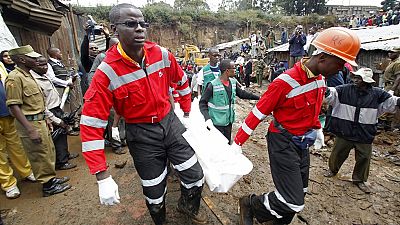 Floodwater from a flower-farm dam that burst after days of torrential rain in Kenya’s Rift Valley killed at least 47 people as it swept through 450 homes, the local police chief said on Thursday.

Nakuru county governor Lee Kinyanjui told Reuters as many as 2,000 people had been affected by the rupturing of the dam on Wednesday night. Engineers had been sent to carry out safety checks on three other nearby reservoirs.

“The water has caused huge destruction of both life and property. The extent of the damage has yet to be ascertained,” Nakuru governor Lee Kinyajui said in a statement.

The water has caused huge destruction of both life and property. The extent of the damage has yet to be ascertained.

The walls of the Patel dam, situated on top of a hill in Nakuru county, 190 km (120 miles) northwest of Nairobi, gave way late on Wednesday.

Floodwaters swept away powerlines, homes and buildings, including a primary school, a Reuters photographer on the scene said, as rescue workers picked through rubble and mud searching for survivors.

East Africa, much of which suffered severe drought last year, has been hit by heavy rain over the last two months that has displaced hundreds of thousands of people in Kenya, Somalia, Ethiopia and Uganda.

Even before this week’s dam-burst, rains had killed 132 people and displaced 222,000 in Kenya alone, according to the government.