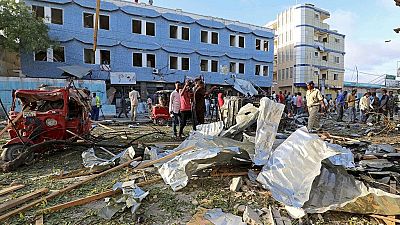 The president’s office offered no other details on the incident that led to the soldiers’ deaths.

“Earlier today, I was appalled and saddened to learn that we had lost nine young patriots to a cowardly terrorist attack in Somalia,” Kenyatta said in a statement.

A military source with knowledge of the incident said the soldiers had been killed by an improvised explosive device in Dobley on Sunday afternoon.

Al Shabaab is fighting to topple Somalia’s central government and establish its own rule based on its strict interpretation of Islamic law.

The group also conducts frequent assaults in Kenya, mostly in the region bordering Somalia, to put pressure on the Kenyan government to withdraw its peacekeeping troops from Somalia.