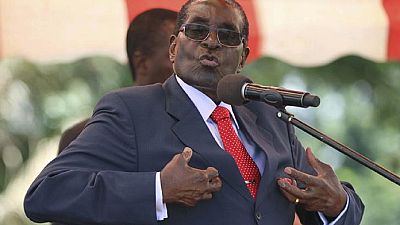 While Robert Mugabe will not appear before Zimbabwe’s parliamentary committe on mines as scheduled on Wednesday, its boss Temba Mliswa says its only a matter of time before the former head of state is hosted to answer questions on diamond mining operations.

Mliswa, who leads the parliamentary committee on mines, said the clerk of parliament hadn’t written to Mugabe to invite him to appear.

“It has been delayed but that resolution still stands,” Mliswa said. “He will have to appear before the committee whether he likes it or not.”

It has been delayed but that resolution still stands. He will have to appear before the committee whether he likes it or not.

The committee had ordered the 94-year-old Mugabe to face legislators over his previous pronouncements that the state had been deprived of at least $15 billion in diamond revenue by mining companies.

Mugabe said in March 2016 the country was robbed of the revenue by diamond companies, including joint ventures between Chinese companies and the army, police and intelligence services, whose operations were shielded from public scrutiny.

Specifically, he said Zimbabwe lost $15 billion from the Marange gem fields, more than 400 kilometres (250 miles) east of the capital. He later expelled the companies and replaced them with a state-owned diamond company.

Mliswa said a new date for Mugabe to testify would be set. The questioning on Wednesday would have been Mugabe’s first public appearance since the army deposed him last November in a de facto coup.

Mugabe ruled Zimbabwe from 1980 until he was ousted last year after the military took over briefly and his once-loyal ZANU-PF party turned against him.

The former ruler, whose own regime was accused of siphoning off diamond profits, has described his ousting as a coup that must be “undone”.

Zimbabwe discovered alluvial diamonds in Chiadzwa, in the east of the country, over 10 years ago, and rights groups have accused security forces of using brutal methods to control the scattered deposits. 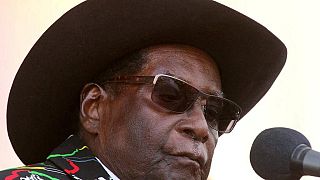 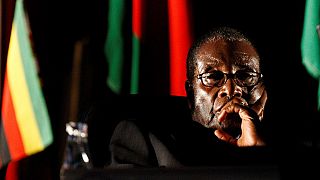