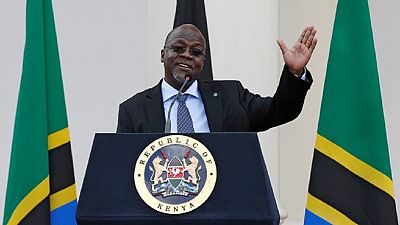 Tanzanian bloggers and rights activists won a temporary court injunction on Friday against a government order to register their online platforms that raised concern about a crackdown on free speech.

Tanzania’s communications regulator had given bloggers, as well as owners of other online forums such as YouTube TV channels, until May 5 to heed tough new internet content rules through state registration and a licence fee of up to $900.

Six human rights watchdogs, media organisations and bloggers filed a joint case in Tanzania’s high court asking the judiciary to block implementation of the regulations, arguing that they violate freedom of expression and privacy of internet users.

The Tanzanian blogosphere is too minute to generate anything worth taxing, but it has punched above its weight lately. So it is with a clean heart that I announce the icing of (my) Mikocheni Report.

In his ruling, Judge Fauz Twaib ordered the information ministry and the state communications regulator (TCRA) not to enforce the deadline pending another hearing to decide the case.

The new rules also require bloggers to furnish details of shareholders, share capital, citizenship of owners, staff qualification and training programmes, as well as a tax clearance certificate, to obtain an operating licence.

Bloggers convicted of defying the new rules could be fined at least 5 million shillings ($2,200) or imprisoned for a minimum 12 months, or both.

Most bloggers in the East African country are individuals, without registered companies, making it difficult for them to meet the registration requirements.

Is Magufuli cracking down on free speech?

Digital activists said the move was the latest salvo in a swoop on dissent and free speech by President John Magufuli, who was elected in 2015 on pledges to speed up economic growth and rein in corruption.

On April 20, Magufuli ordered legal action against anyone deemed to be abusing freedom of expression by posting misleading anti-government statements on social media.

Several Tanzanian bloggers had begun shutting down their websites to avoid punitive action ahead of the deadline.

Elsie Eyakuze, a blogger and newspaper columnist, said the government was citing taxation as a pretext to muzzle dissent.

“The Tanzanian blogosphere is too minute to generate anything worth taxing, but it has punched above its weight lately. So it is with a clean heart that I announce the icing of (my) Mikocheni Report,” she wrote in her blog on Thursday.

The number of internet users in Tanzania rose 16 percent in 2017 to 23 million, around 44 percent of the population, with most using their smartphones to go online. 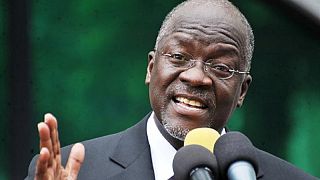 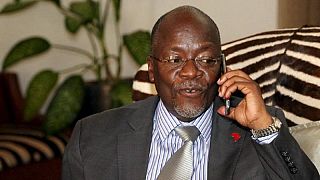