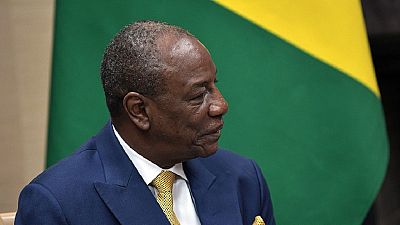 Guinean President Alpha Conde told Reuters on Friday that he would file a complaint in Paris over “slanderous denunciation” in a probe by French authorities into tycoon Vincent Bollore’s Africa operations.

Bollore is under formal investigation over allegations that his company Groupe Bollore undercharged for work on behalf of presidential candidates in Guinea and Togo in return for port contracts.

Bollore’s lawyer, Olivier Baratelli, has denied any wrongdoing by Bollore.

I am going to file a complaint for slanderous denunciation, and we have all the evidence proving that I did nothing except defend the interests of Guinea.

“I am going to file a complaint for slanderous denunciation, and we have all the evidence proving that I did nothing except defend the interests of Guinea,” Conde said in a brief telephone interview.

It was not clear who the complaint would be filed against.

Groupe Bollore, which also denies wrongdoing, has confirmed that its African business interests were being investigated over the billing of work by its communications business Havas Worldwide in Guinea and Togo between 2009 and 2010.

A corruption probe involving a French billionaire is a headache for Conde ahead of presidential elections expected in 2020. Guinea has historically been the most fiercely independent of France’s former colonies in Africa, its independence leader Sekou Toure bucked a trend in the region by rejecting membership of the CFA franc currency zone.

Opposition lawmakers have called for a parliamentary inquiry into how Bollore obtained the concession to run the main port in Conakry.

“This parliamentary inquiry, if it happens, is going to clarify things,” Conde told Reuters.

France’s Getma International won the contract in a 2008 tender, beating rivals including Bollore.

Conde took power in 2010 and then cancelled the agreement with Getma in March of the following year. In the same month, Bollore took over the concession.

“Getma had not respected any of its contractual obligations,” Conde said.

Meanwhile, Togo’s Public Function Minister Gilbert Bawara said on Friday that his country will provide information to the French judicial inquiry into billionaire Vincent Bollore’s Africa operations if asked to do so.

“The Togolese state has nothing to add to the dossier which is in process in France,” Bawara told Victoire FM.

“However, if … (Togo) is requested to provide information or any evidence at all, rest assured we will do so willingly.”

It is the first time the Togolese authorities are speaking out on the matter.