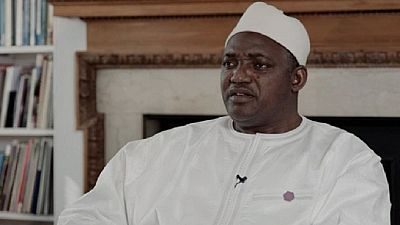 President of The Gambia, Adama Barrow has confirmed that two generals under the Jammeh regime who sneaked back will be put before court-martial for professional breaches.

According to Barrow, he remains concerned about the Gambia’s security situation but stressed that it was a learning curve for the country after over two decades of misrule and dictatorship by exiled former leader Yahya Jammeh.

Barrow told the BBC in an interview that the Jammeh generals who reportedly fell out with their former boss and returned home were going to be put before an open court and tried for deserting the army.

“They came through the airports unnoticed, this was a security lapse but as I tell you it is a learning process for us, which will take us time.

In February this year, Army chief Mansareh Kinteh said preliminary results of their investigations revealed that the detained former generals had fallen out with Jammeh.

The army chief added that Umpa Mendy, Jammeh’s principal protection officer, and the former head of the State Guards Battalion Ansumana Tamba were dissatisfied with conditions in exile hence their decision to return.

The two fled with Jammeh to Equatorial Guinea in January 2017. They sneaked back into The Gambia in January 2018 and were subsequently arrested at their respective homes.

At the time of their arrest, an army statement said: “They were arrested at their respective homes … and are currently detained at the Yundum Military Barracks, where they are helping the military police with their investigations.”