What do Swazis think of their name eSwatini? 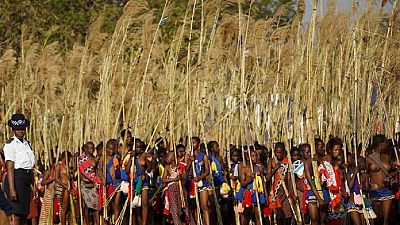 Residents of the tiny African kingdom of eSwatini (formerly Swaziland) on Friday weighed up their country’s new official name after the king unexpectedly announced it would now be known as “eSwatini”.

King Mswati III, one of the world’s few absolute monarchs, declared the name change at celebrations on Thursday marking 50 years since independence from British colonial rule.

Meaning “place of the Swazi”, eSwatini is the local Swazi language name for the nation landlocked between South Africa and Mozambique.

This will come with major cost implications, we are a broke country.

Critics of the king, who took the throne in 1986 aged 18, said the move was an example of his authoritarian and wasteful reign in a country that suffers dire poverty.

“We see here King Mswati’s autocratic style,” said Alvit Dlamini, head of the Ngwane National Liberatory Congress, a political party which, like others, is not allowed to run in elections.

“He can’t change the name of the country on his own. He was supposed to consult the nation.”

Dlamini said that the change would be expensive for Swaziland, where 63 percent of the 1.3 million population live below the national poverty line, according the World Food Programme.

“This will come with major cost implications, we are a broke country,” he said.

“And it will affect us with organisations like the African Union and United Nations, and in international protocols and agreements.”

I’m all for “eSwatini,” mind you, but I’m curious about how NatGeo is going to play this out, cartographically speaking. No other country has a leading lower case letter, so will the new maps be "ESWATINI" or "eSWATINI"?#Swaziland #eSwatini pic.twitter.com/VWMULDwpl2

The Trade Union Congress of Swaziland warned that the process was not immediate, adding it would not immediately change its own name.

“When the king has made a pronouncement, due process must take its course,” acting general secretary Mduduzi Gina told AFP.

“The legislature must initiate a process to amend the constitution. The change cannot be a knee-jerk reaction.

“We will not become the Trade Union Congress of eSwatini overnight. We will consult with our affiliates.”

For many Swazis, the change also raised concerns about updating paperwork and additional bureaucracy.

“Some of us don’t suffer from an inferiority complex,” said Mbabane resident Hynd Shongwe, in a dig at the king.

“The name change is neither here nor there. My only worry is the cost and inconvenience of official documents changing. If it was by choice, we would remain with the current documents.”

Unlike some countries, Swaziland did not change its name when it gained independence in 1968 after being a British protectorate for more than 60 years.

The new name had been mooted for several years, with lawmakers considering the issue in 2015, and the king has used eSwatini in previous official speeches.