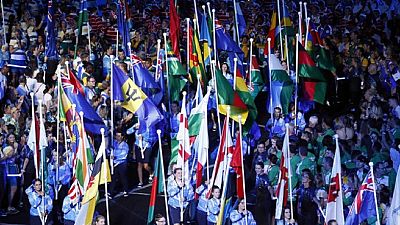 The 2018 Commonwealth Games came to and with dramatic victories in Netball and Rugby against this year’s hosts, Australia.

New Zealands’s women’s Rugby team beat Australia in the final with a try in sudden death extra time, winning 17 – 12, while England’s netball team also shocked title favorites Australia with a decisive penalty shot in the last seconds of the game winning 52 – 51. They became the first team apart from Australia and New Zealand to win netball gold.

Australia still managed to lead the medal’s table with 80 gold medals, and a total of 198 medals.

“Every four years these Games bring the spirit of our Commonwealth alive,” the Prince said.

“So I call sportsmen and women from all countries and territories of the Commonwealth to come together in four years’ time in Birmingham, England, to celebrate the 22nd Commonwealth Games.

Other African countries on the medals table included Uganda with 6 medals, Botswana with 5 medals, Namibia with 2 medals, Cameroon with 3 medals, Mauritius, Seychelles and Ghana, each with 1 medal.

On the final day of the games, Africa’s medals came from Namibia’s Helalia Johannes who won the women’s marathon in two hours, 32.40 minutes, Uganda’s Munyo Mutai who won silver in a dramatic men’s marathon where Scotland’s Callum Hawkins collapsed inside the final five kilometers after leading for most of the race.

English city Birmingham were awarded the next Games in 2022 after original hosts Durban were stripped of the multi-sport event for failing to meet Commonwealth Games Federation (CGF) deadlines.