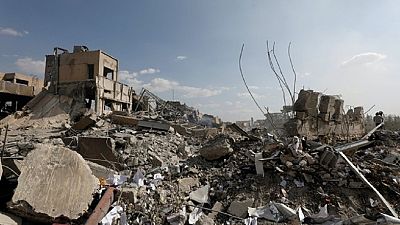 Algeria has criticised air strikes carried out by the United States, France and Britain against Syria, Prime Minister Ahmed Ouyahia said on Saturday.

U.S., British and French forces struck Syria with more than 100 missiles on Saturday, targeting what they called chemical weapons sites in retaliation for a poison gas attack.

“Algeria can only regret the strikes,” Ouyahia told reporters.

Algeria can only regret the strikes.

He added that it was necessary to wait for the findings of an investigation into the alleged chemical attack before taking any steps.

Egypt also voiced its concern about the latest military escalation in Syria, saying it would negatively affec t the safety of Syrian people.

A statement released by the Egyptian Foreign ministry condemned the use of chemical weapons.

“Egypt totally rejects the use of any internationally prohibited weapons on Syrian territories, demanding a transparent international investigation,” the statement read.

The air strikes on Saturday were the the biggest by Western powers against Assad in the country’s seven-year-old civil war and pitted the United States and its allies against Russia, which itself intervened in the war in 2015 to back Assad.