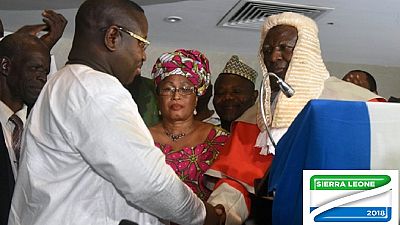 Sierra Leone’s new president has named a partial cabinet and announced 12th May as the inauguration date for the newly elected government, while the defeated presidential candidate has filed a petition in the Supreme Court challenging the results of the March 31 presidential election runoff.

Julius Maada Bio, whose Sierra Leone People’s party is tasked with uniting the nation following a polarising election and reverse years of economic decline, has filled the key cabinet portfolios of finance, justice, education, health and defence among others.

With the one week deadline for filing election petitions fast approaching, the opposition party, All People’s Congress (APC) on Wednesday filed a petition to the Supreme Court, with their candidate Samura Kamara, the party deputy chair Minkailu Mansaray and secretary general Osman Yansaneh allege that the electoral process was so flawed and the legality of its results doubtful.

The petitioners want the court to declare that the electoral commission acted illegally when it included results of polling stations where over voting was recorded, and seek that a new result is declared after such polling stations are weeded out of the final tally.

There have been efforts to reconcile Bio and Kamara amidst reports of post election violence that has seen some supporters of SLPP flee their homes in fear of attacks by ruling party supporters.