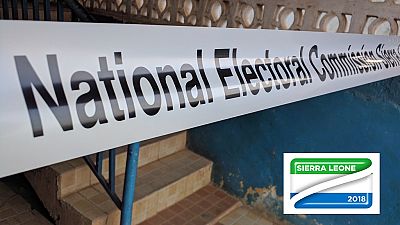 Sierra Leoneans went to the polls to elect a president, a set of lawmakers and councillors to steer affairs of the West African country. The elections body, the National Electoral Commission (NEC), had said repeatedly that it was ready to produce a free, fair and credible process.

The polls slated for March 7 were crucial to the extent that the country was set to welcome a new president due to the ineligibility of Ernest Bai Koroma to stand for another term in office.

Koroma under the banner of the All People’s Congress (APC) had exhausted his two mandates as allowed by the constitution from 2007 – 2018.

The presidential frontrunners in a pool of 16 – APC vs. SLPP

From the onset, political watchers said the presidency was going to be a race between APC’s Samura Kamara and Julius Maada Bio of the then main opposition Sierra Leone Peoples Party (SLPP).

Having said that a total of sixteen parties filed nominations for the presidency. The polls were supposed to lead to the second peaceful post-war transition from one elected leader to another. Bai Koroma took over from Ahmed Tejan Kabbah in 2007.

According to the European Union (EU) Observer mission’s preliminary report of March 9, the polls ‘‘should be an important milestone in the consolidation of democracy in the country.

‘‘The absence of an incumbent presidential candidate and the emergence of several new parties who challenged the only two parties represented in the last parliament, contributed to widening the political spectrum,’‘ it stressed.

Figures of contestants and seats available

As earlier stated, voters were offered a choice of 16 presidential candidates. According to the electoral laws, a run-off presidential election between the first and second placed candidates is held two weeks after the certification of the results, unless a candidate wins 55% in the first round.

The parliamentary and council elections are decided in a single round, first past the post system. A total of 132 MPs are elected from a choice of 752 candidates fielded by 17 parties (as well as 40 independents).

Additionally, there are 2,741 candidates for a total of 511 elected local positions as councillors, council chairpersons and mayors.

Voting day went well across the country with little incidents. According to reports of observers, voting materials were deployed properly and fairly.

It was after the vote that a security situation played out when police personnel attempted to raid the house of SLPP’s Julius Maada Bio. A potential clash was averted with the timely intervention of Ghana’s former president and leader of the Commonwealth Observer Mission.

According to the police, they had information that a system had been set up there with the potential to influence the election results. NEC issued a statement later dispeling the rumours because according to them their system was manual and free from any technical manipulation.

Declaration of results and presidential runoff

On March 13, 2018, NEC gave a full account of results from what became known as a first round for the presidential polls. None of the sixteen candidates garnered the 55% votes to emerge an outright winner.

APC’s Samura Kamara was in the lead when results began to trickle in, at 75% Maada Bio overtook him and eventually ended up in the lead at 100% votes tallied.

NEC said it had agreed to conduct recounts across 154 polling stations on request by particular parties. It had also set aside results from 221 stations because there were violations of the process, those results it said were ‘null and void.’

Below are some key numbers from the March 7 vote:

The top four aspirants after the presidential vote were as follows:

NEC declared a runoff vote between the SLPP and APC candidates, it was slated for March 27. A new schedule for respective campaigns was also issued by NEC.