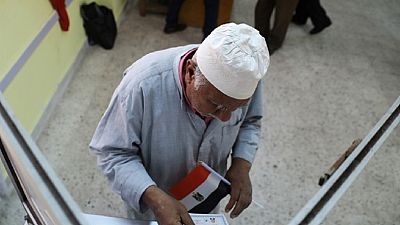 Egypt plans to hold its first local elections in a decade in the first half of next year, the state news agency MENA reported on Wednesday.

Egypt has been without local councils since‮ ‬June 2011, when a court dissolved them after the popular uprising that ended the 30-year rule of Hosni Mubarak. Government-appointed officials have run local affairs without council oversight since then.

The last local elections in 2008 were won overwhelmingly by the now dissolved National Democratic Party, the ruling party of the Mubarak era.

The local elections will be held during the first half of 2019 after the local administrative draft law is passed by parliament.

Local elections were scheduled for the first quarter of last year, prime minister Sherif Ismail told parliament in March 2016, but they did not take place. Parliament is now expected to pass a law that will allow the local polls to be held.

“The local elections will be held during the first half of 2019 after the local administrative draft law is passed by parliament,” parliamentary spokesman Salah Hassaballah told reporters, according to MENA.

“The House of Representatives is keen to pass the draft law during the current legislative period.”

Supporters of recently re-elected President Abdel Fattah al-Sisi are expected to sweep the local elections, as they did in parliamentary elections in 2015.

Sisi won a second term in last week’s presidential election with 97 percent of the vote on a turnout of 41 percent, official results showed on Monday.