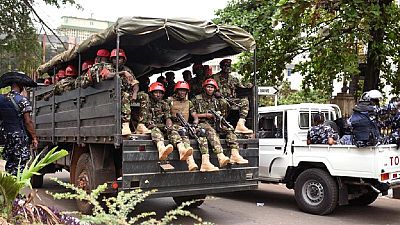 Sierra Leone government through the Ministry of Defense (MOD) has slammed a top opposition figure for suggesting that there was a plan to assassinate leader of the main opposition Sierra Leone People’s Party (SLPP) Julius Maada Bio.

In a press statement issued on Monday, April 2, the Office of the Chief of Defense Staff said it was deeply concerned about the “very serious allegations,” made by National Secretary General of the SLPP, Umaru Napolean Koroma.

“The Ministry of Defense strongly condemns and takes exception to these dangerous and misleading allegations that have the tendency to undermine the integrity of the Republic of Sierra Leone Armed Forces and also the peace and security of Sierra Leone,” the statement signed by army chief B. Sesay added.

Koroma in a press conference at the Radisson Blu hotel said the Armed Forces had an active plan to assassinate the presidential candidate of the SLPP, Brigadier Julius Maada Bio.

The politician, citing ‘credible sources’ added that six top army officers had been ‘recruited’ to carry out the assassination with the blessing of the military top brass, specifically Gen. Taluva, Deputy Chief of Defense Staff and Defense Minister, Paolo Conteh.

The Ministry of Defence of SL has just put out a press release. Condeming the accusations made by SLPP officials at a press conference yesterday of a plot by GOV officials to assassinate their candidate Julius Mada Bio. See the release below #SierraLeone #SierraLeoneDecides pic.twitter.com/5aLIkfZVlY

According to a SLPP’s tabulation distributed to reporters, Maada Bio took 54.11 percent of votes in the run-off with Kamara garnering 45.89 percent.

Maada Bio, who briefly ruled the West African nation as head of a military junta in 1996, eked out a narrow victory in the first round on March 7 with 43.3 percent of the votes compared to 42.7 for Kamara.

The largely peaceful election process has come as a relief for the country of 7 million people, which endured a brutal, diamond-fuelled civil war in the 1990s.

But the winner will face pressure to revive a moribund economy that has been ravaged in recent years by low prices for its main export, iron ore, and an Ebola outbreak.

The run-off was delayed several days due to a complaint of fraud lodged by a member of the APC. A court injunction was lifted a day before the polls were due to take place last Tuesday, forcing the elections commission to push back the vote.

Regional bloc ECOWAS said that overall it was satisfied with the run-off, though it stated that the presence of security forces at certain polling stations had intimidated voters and election workers. 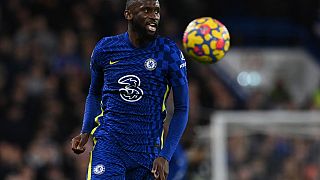