Coronavirus - Kenya: All 47 Counties have so far recorded a case of Covid-19 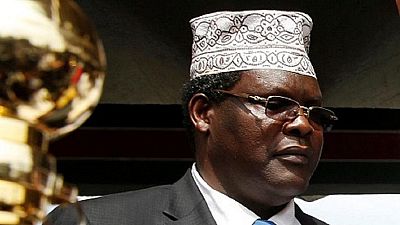 A Kenyan high court judge found the Interior Minister and the police chief guilty of contempt on Wednesday and told them to appear for sentencing because they failed to obey a court order to release a detained opposition politician.

Late on Wednesday evening, Kenyan authorities deported opposition politician Miguna Miguna on an Emirates flight, his lawyer Cliff Ombeta said, two days after police detained him on his return to the country.

This is the second time the vocal politician is being deported from his country.

In February, Kenyan authorities deported Miguna, saying he had rescinded his citizenship but a court ruled he should be allowed back.

The Interior Ministry spokesman could not immediately be reached for comment.

The high court ruling, and the deportation in defiance of court orders, mark a significant escalation in a tussle between the judiciary and the government of President Uhuru Kenyatta, which opposition leaders and other critics say fails to respect the authority of the courts in political matters.

Miguna’s deportation could also strain a reconciliation between opposition leader Raila Odinga and Kenyatta, who won a second term in October at an election in which around 100 people were killed, most of them opposition supporters.

Miguna’s lawyer said he had no further details of how Miguna was put on the flight, but private Citizen TV channel said he was escorted by security officers.

Local media quoted Miguna saying, he ‘dragged, assaulted and drugged’ before being forced to leave the Jomo Kenyatta International Airport (JKIA) in Nairobi for Dubai on Wednesday night.

The deportation is in defiance of at least two court orders for police to release Miguna so that he could present himself in court.

Odunga said he would sentence the officials on Thursday even if they did not appear in his courtroom, but it was unclear the impact that would have.

“This matter has reached a level where the judiciary is on trial while top government officials continue to cat walk on its orders,” Odunga said in court.

Interior ministry spokesman Mwenda Njoka declined to comment because the matter is in court.

There was no comment from the police on Wednesday. The interior ministry had denied that Miguna was being held illegally and said he had failed to follow arrival procedures when he landed in Kenya.

Kenyatta and Odinga announced on March 9 they would set aside years of acrimony and work together to unite Kenya, which is divided along political and ethnic lines.

The surprise announcement promised a fresh start for politics in Kenya, a country that is east Africa’s richest economy and a hub for diplomacy, trade and security.