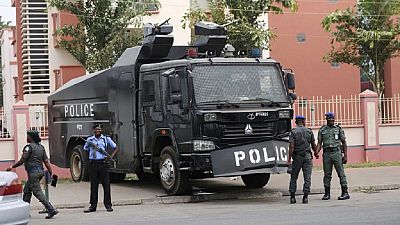 There are over 80,000 ghost police officers in Nigeria, data from the office of the Accountant -General of the Federation has revealed.

According to local media reports, the disclosure came after staff count and full integration of payrolls across the country’s 42 police commands and formations into a federal information structure.

The federal government had instituted the Integrated Payroll and Personnel Information System (IPPIS) last February. After its implementation, the formerly known 371,800 figure of police officers fell to 291,685.

The revelation means that an estimated 80,115 police officers have until now continually drawn salaries and benefits running into billions of naira. The government did not disclosed exactly how much money had been saved by the measure.

Nigeria, Africa’s most populous nation continues to operate a federal police structure with all police officers deployed by central government. Some states have pushed for state police but the idea has repeatedly been shot down.

The Finance Minister, Kemi Adeosun, is on record to have disclosed that staff count under the IPPIS has also revealed similar ghost workers in other para-military agencies like the Immigration Service, the Prison service and the Nigeria Security and Civil Defense Corps.

There were series of protests in the capital Abuja and southeastern Port Harcourt State when government announced the move to implement IPPIS, the protest was hinged on the fact that integration will lead to delays in payment of salaries.

The government through the Finance Ministry insisted on going ahead with the move leading to the disclosure. Nigeria has also been dogged with a corruption problem across its public and private sectors.

The ruling All Progressives Congress (APC) led by Muhammadu Buhari came to power in 2015 with the promise to restore security, fight corruption and to rescue an ailing economy.