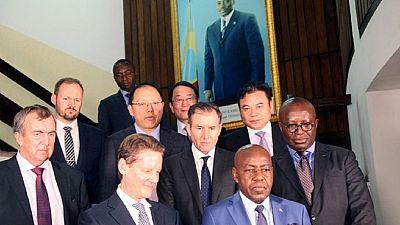 Democratic Republic of Congo said it would open talks on Friday with mining companies about implementing some of the most contentious provisions in a new mining code that hikes taxes and royalties in the face of objections from industry.

President Joseph Kabila signed the new code earlier this month, replacing the previous 2002 law. Foreign investors in Congo, which include Glencore, Randgold, China Molybdenum and Ivanhoe, said it would scare off investment and violate existing agreements.

In a meeting before he signed the code, Kabila assured the companies their concerns would be discussed in follow-up talks to draft regulations for the sector.

Mines Minister Martin Kabwelulu told reporters on Wednesday that the talks with major companies present in Congo, which is Africa’s top copper producer and mines more than half the world’s cobalt, would begin on Friday at 0900 GMT.

According to a work plan Kabwelulu sent to the companies, the negotiations will be divided into six “pillars” running from March 16 to April 24, with a preliminary draft of the regulations to be completed by May 2. Government officials have already begun work on pillar 1.

The regulations must be adopted by the government within 90 days of the code’s signing, precisely on June 7.

The work plan sets aside 25 days, from March 27 to April 24, for discussions on the fiscal and customs regimes, including the new code’s so-called stability clause, which is the most contentious point between the government and industry.

Miners enjoyed a 10-year protection under the former code’s stability clause against changes to the fiscal and customs regime but those were annulled by the new law, which says that its provisions enter into effect immediately.

The companies still hope the government will honor the 10-year exemptions but Congolese officials have said no compromises reached in the talks can contradict provisions in the code.

The work plan refers only to “the guarantee of stability of the revised mining code (five years for new mining rights)” and not to protection for mining titles that existed under the previous code.

It also calls for discussions about royalty increases, which would raise payments up to five-fold on metals designated “strategic substances” by the government.

The office of Prime Minister Bruno Tshibala appeared to preempt those discussions last week by saying cobalt, whose price has more than tripled in the past two years due to rising demand for electric vehicles, would be declared a strategic substance and that copper could be as well.