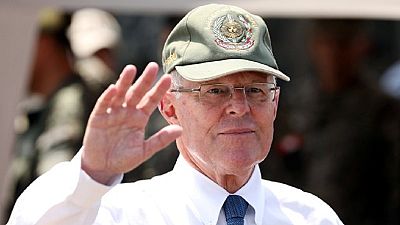 Peru’s President Pedro Pablo Kuczynski announced that he had submitted his resignation to Congress on Wednesday, following vote-buying allegations ensnared his center-right government in a fresh scandal on the eve of an impeachment vote.

The 79-year-old former Wall Street banker promised an orderly and constitutional transition of power and denied the opposition’s allegations that he was corrupt.

Kuczynski said it was in the best interests of the nation that he resigns, adding that he has always worked honestly.

The presidency is above people. Institutions must be protected. That’s why, with much sorrow, Mr. President, I ask you to step aside.

It was unclear if the opposition-controlled Congress would accept his resignation or move forward with its plan to vote on immediately forcing him from office on Thursday on grounds he is “morally unfit” to govern.

“The presidency is above people. Institutions must be protected. That’s why, with much sorrow, Mr. President, I ask you to step aside,” ruling party lawmaker Pedro Olaechea said on Twitter.

Markets that had cheered Kuczynski’s rise to power rallied on news of his possible departure on Wednesday, amid expectations Vice President Martin Vizcarra would soon replace him and end months of political uncertainty in the world’s biggest copper producer.

Kuczynski had resisted resigning since December, when the opposition party Popular Force – led by his defeated campaign rival Keiki Fujimori – revealed his financial connections to a company at the center of a massive graft scandal.

Kuczynski’s government denied vote-buying allegations after the first series of videos were released late on Tuesday.