In a week’s time, Egyptians will head to the polls to vote for the president of their country in a race pitting the incumbent president Abdel Fattah el Sisi against the head of the El Ghad party, Moussa Mostafa Moussa.

The Egyptians in the diaspora, numbering over nine million, have already cast their votes at different embassies and consulate offices of the country. The three day voting process (16 – 18 March), monitored by the National Elections Authority (NEA) in Cairo was largely incident free.

Egyptians at home will vote from March 26 to March 28, and the winner will be declared on April 2.

The high voter turnout declared by NEA for the diaspora vote has been hailed by Moussa as a strong message delivered by Egyptians to the world and ‘Egypt’s enemies’.

Both Moussa and Sisi have been urging Egyptians to vote, arguing that a high voter turnout would give the victor a strong mandate.

The high voter turnout is critical for president Sisi who is widely expected to win this election that has been criticised for want of credible competitors.

Several strong contenders who had declared their presidential aspirations, including a former army chief of staff and a former prime minister, withdrew their bids citing intimidation from the state and bias from election authorities.

Lieutenant General Sami Anan, a former military boss, was detained by the army and forced to withdraw his bids on the grounds that he was still a serving officer.

Another aspirant, Colonel Ahmed Konsowa, was similarly detained and found guilty of ‘expressing political opinions as a serving military officer’.

On 29 January, the deadline for submitting presidential bids to the NEA, Moussa declared that he would challenge Sisi in the presidential election.

Moussa’s declaration came as a surprise because he is a known supporter of Sisi and in 2017, he launched a campaign to mobilise support for a second term for President Sisi.

Moussa’s candidacy and credibility has consequently been questioned, with critics saying he was compelled to run for presidency to lend the election a semblance of democratic competitiveness.

Indeed, many opposition politicians have called upon Egyptians to boycott the elections that they describe as a ‘masquerade’.

Led by Hamdeen Sabbahi, a former presidential candidate in 2012 and 2014, eight opposition political parties and 150 personalities launched a ‘Stay at Home’ campaign on January 28, 2018.

Sabbahi lost to Sisi in the 2014 presidential elections, which the latter contested one year after leading the coup that ousted the democratically elected president Mohamed Morsi.

Morsi, backed by the Muslim Brotherhood, had won the elections in 2012 elections held after the 2011 Egyptian Revolution that overthrew president long serving president Hosni Mubarak.

This year’s election will be the third since the 2011 events, but many analysts argue that the repression under the current president including the manner in which potential aspirants were intimidated out of the race could take the country right back to the pre 2011 politics that sparked the revolution. 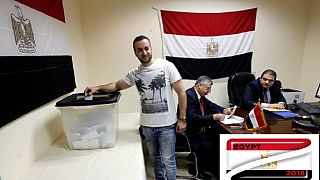 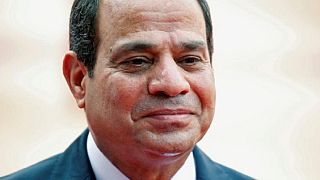 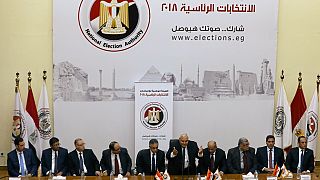