In front of the Polytechnic School of Athens is Maria Kalogero Poulou, an engineering student driving Pyrforos, a prototype electric car out of the school’s laboratory which is considered an “icon” in Greece.

American electric car company Tesla having heard of the exploits of the engineering students has set up a research and development office in the country.

“We are very pleased that Tesla has decided to move to Demokritos, one of the most prestigious research and development (R & D) departments, Tesla’s electrical engine design department, the new generation of electric motors. on the Democritus campus, this is what Tesla in Greece is going to do and of course we are waiting to accelerate the company’s plans for the future generation of their motors, Georgios Nounes, the Director of National Centre for Scientific Research said .

As a symbol of the future, Pyrforos has already won several awards in recent years at Shell’s European Eco-Marathon competition. A competition that consists of traveling the longest distance with less energy.

Its reputation has already allowed many Greek engineers to be hired in Palo Alto, California, at the headquarters of Tesla, the electric car manufacturer.

“Tesla’s vote of confidence in Greece has exactly got to do with the scientific, intellectual capital of the country, Tesla recognizes that they can find a lot of talent here in Greece and that’s exactly why they’re taking advantage, Georgios Nounes, the Director of National Centre for Scientific Research said .

The creation of a research and development center for its engines, at the Demokritos National Research Center near Athens, announced at the end of February by Tesla, is seen as an “important” investment for the country, which is emerging from recession.

“There are a lot of students who have graduated from our school and in particular from the Prometheus laboratory team. [The team behind the Pyrforos electric car designed by the students] has been implemented by Tesla and has achieved great success in the electric car industry, Dr Antonios Kladas of the National Technical University of Athens said.

Tesla will hire some 40 Greek engineers currently working abroad, a very positive step to offset the brain drain that the country suffered during the economic crisis. 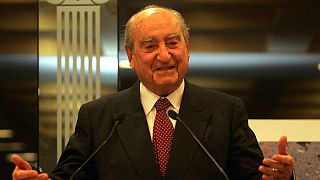