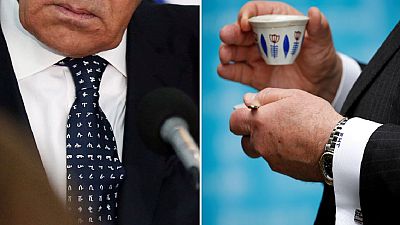 Ethiopia over the past week hosted three top diplomats to Addis Ababa. Foreign Affairs chiefs of the United States, Russia and the United Arab Emirates were all in town for meetings.

The visit of the U.S. Secretary of State, Rex Tillerson, and Serge Lavrov, the Russian Foreign Affairs chief, however, did get some traction on social media for different reasons.

Tillerson who started an African tour in Ethiopia must have heard of Ethiopian coffee and was bent on having his share whiles there. The U.S. Embassy shared a series of photos showing him in “active contact” with coffee.

Yirgacheffe coffee is certified organic & FairTrade. The cooperative donates to community development & school projects. US assistance has helped Yirgacheffe to stand on its own & become a major source of jobs &income for everyone in the value chain USAIDEthiopia #Ethiopia pic.twitter.com/8qoEJKK0Qf

80% of Yirgacheffe’s coffee is sold “green” to American coffee companies that roast the coffee and distribute to baristas who can proudly serve top quality #Ethiopia n coffee to their customers USAIDEthiopia pic.twitter.com/BWBIMtusaO

In the case of Lavrov, his choice of dressing on arrival at the Bole International airport got Ethiopia’s social media space buzzing, as he chose a more casual outlook. He arrived from Zimbabwe wearing blue jeans.

Long before that could subside, he got into official groove for meetings throughout Friday. His tie apparently was decorated with the ge’ez alphabets unique to Ethiopia, the Addis Standard portal observed.

Lavrov wore the tie during meetings with the African Union Commission chair through his meetings with Ethiopian President and Prime Minister and for a press conference with Foreign Affairs Minister, Workneh Ghebeyehu.

A light take away! Ethiopians have expressed their amusement at the blue jeans the Russian FM Sergey #Lavrov wore to a red carpet up on arriving yesterday. But today he was wearing a tie decorated with the Ge’ez (Ethiopic) Alphabet, unique to Ethiopia ?? Have a great weekend! pic.twitter.com/SOG18mA3b3 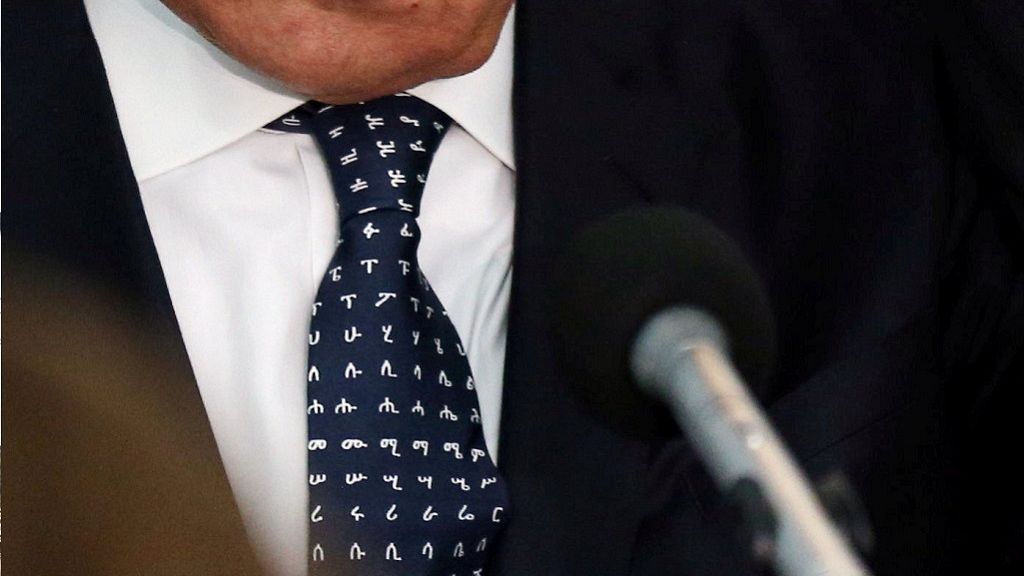