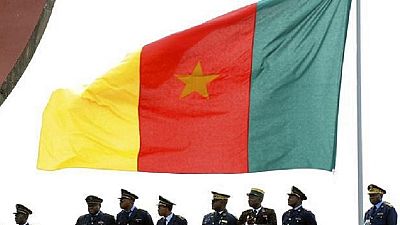 As the security and social crisis in Cameroon’s Anglophone region rages, a former United States ambassador is advocating a return to federalism as the only viable solution.

Herman Cohen, a former assistant Secretary of State for Africa says the government must go back for the original federal system that was in his view ‘illegally abolished’ during the tenure of the country’s first president Ahmadou Ahidjo.

Ahidjo the country’s first president governed with a federal system for the first twelve years of his presidency. But in 1972, the federal system was abolished for a United Republic of Cameroon directed from Yaounde.

#Cameroon government must understand that only solution to West Cameroon crisis is a return to original federal system that was illegally abolished during Ahidjo administration.

There has been a resurgence in the push by southern Cameroonians to secede from French-dominant Cameroon. A similar agitation started in the late 1990s. The recent one (October 2017 till date) started as peaceful protests against marginalization till the government cracked down on protesters.

It has now taken a violent turn as separatists elements have staged guerilla style attacks on security forces killing over twenty of them. The two Anglophone regions (North West and South West) have also been under curfew for the last few months.

Ahidjo stepped down as president in 1982 and Paul Biya took over the reigns.

Critics argue that the current governance structure concentrates power in the presidency despite two chambers of the legislature – the 180-member National Assembly and the 100-member Senate. The President is elected for a seven-year mandate.

The president appoints government officials at all levels, from the prime minister (considered the official head of government), to the provincial governors and divisional officers. President Biya is sure to run in polls scheduled for later this year.