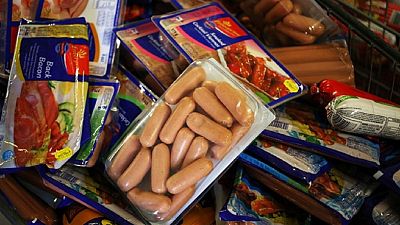 The South Africa listeria outbreak that has killed 180 people since January is the largest ever recorded globally, the World Health Organization said on Monday.

“Yes, this is the largest ever recorded outbreak of this severe form of listeriosis globally,” Peter K. Ben Embarek, who manages the WHO International Food Safety Authorities Network, told Reuters in an emailed response.

Meanwhile several Southern African nations including Botswana, Malawi, Mozambique, Zambia and Namibia have banned several processed imports from South Africa, following the revelations that the listeria outbreak had been traced to ready to eat meat.

Yes, this is the largest ever recorded outbreak of this severe form of listeriosis globally.

Media in South Africa reported that hundreds of customers had flocked the factories and stores suspected of being the source of the listeriosis infection, returning goods they had already purchased and demanding refunds.

South Africa’s Health Minister, Arron Motsoaledi, told a media briefing over the weekend, that the Enterprise facility in Germiston, east of Johannesburg, was the source of the outbreak.

The minister demanded that Russian and Vienna sausages, as well as the cold meat polony be removed from shelves immediately.

The chief executive officer of Tiger Brands, who run the Enterprise facility that makes meat polony has however said the company is yet to be provided with evidence showing a direct link between the 180 listeriosis deaths and the company’s products.

The company has nevertheless recalled all exported products and says it has taken immediate action and corrective steps to address the listeriosis outbreak.

‘‘To give you some insights, Enterprise foods follow some stringent protocols for the manufacture of quality food products, this includes monitoring and testing for the detection and management of pathogens, viruses and bacteria, including listeria,’‘ Lawrence MacDougall said.

South Africa’s processed meat market grew about 8 percent in 2017 to a retail value of $412 million, according to Euromonitor International. Tiger Brands has a 35.7 percent market share, followed by Eskort Bacon Co-Operative with 21.8 percent. Rhodes Food, RCL Foods and Astral Foods each have less than 5 percent.