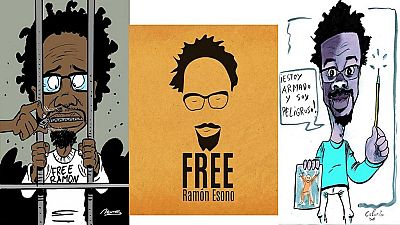 A detained cartoonist is set to be released by the Equatorial Guinea authorities after charges against him were dropped at a hearing on Tuesday (February 27).

Ramon Esono Ebale, who has been held since September 2017. State TV later reported that he was held for money laundering and counterfeiting, charges described by activists and rights groups as “cooked up and outrageous.”

He had till his arrest lived outside the country for several years and had just returned to the country to renew his passport when he was arrested by security agencies.

His pieces usually criticizes the president and government officials, consequently there were fears that he may be charged with criminal defamation even though the state used other charges.

CRNI said the choice of Ramon was because of his ‘continuous refusal to be intimidated by the threats made against him, and his courage in the face of a brutal and repressive regime.’

‘Mr. Ramón Esono Ebalé is a gifted and outspoken graphic novelist and editorial cartoonist born in Equatorial Guinea in West Africa and until very recently a resident in Paraguay,’ said Joel Pett, president of board of directors of CRNI.

The Award for Courage in Editorial Cartooning is an annual gong given to ‘the cartoonist or cartoonists who have exhibited great courage and self-sacrifice in the pursuit of their craft and in the exercise of free speech.’

Thousands have signed an online petition started by activists, friends and family members demanding his release.

International rights group, Human Rights Watch (HRW) and Amnesty International have previously called on President Teodoro Obiang Nguema to release the journalist and to repeal the defamation statute which allows the criminal prosecution of the government’s critics.

BREAKING: We've just learned that ALL charges against cartoonist Ramón Esono Ebalé have been dropped!
He will be home with his loved ones in a few days. #EquatorialGuinea #FreeNseRamon pic.twitter.com/aXJqoM5YKM 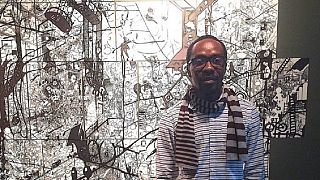 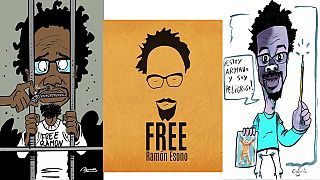