Tourists return to Tunisia in record numbers since 2015 attacks 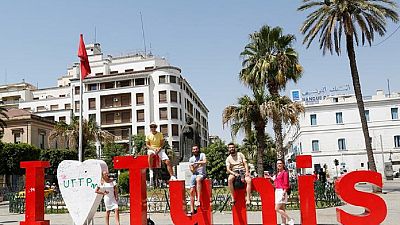 Tourist numbers to Tunisia will hit a record high this year, fully reversing the damage inflicted on the sector by attacks on holidaymakers in 2015, the tourism minister said on Wednesday.

After three years of shunning Tunisia in the wake of a gun attack on a beach in Sousse that killed 39 tourists and one at the Bardo National Museum in Tunis that killed 21, major European tour operators have started to return.

We aim to receive 8 million tourists this year with strong booking rates from European customers and other new customers.

“The return of British tourists is a very good signal for us.”

Last week, Thomas Cook flew British tourists to Tunisia for the first time since an Islamist militant killed 30 Britons in Sousse. TUI, said last month it too planned to offer holidays in Tunisia again, starting in May.

Tunisia has been an attractive destination for tourists since the beginning of the 1960s. Among Tunisia’s tourist attractions are its cosmopolitan capital city of Tunis, the ancient ruins of Carthage, the Muslim and Jewish quarters of Jerba, and coastal resorts outside Monastir.

The 8 million forecast brings tourist numbers above the pre-attack level of 7.1 million in 2014. Arrivals fell to 5.3 million in 2015. Loumi said tourism revenues would be up 25 percent on last year when they reached 2.8 billion dinar ($1.2 billion).

Tourist numbers in 2017 were already up 23 percent on the previous year to 7 million, as hotels filled beds with Russian and Algerian visitors, but operators say they spend less than European holidaymakers.

Tourism accounts for 8 percent of Tunisia’s gross domestic product. A return of European visitors would give a strong boost to the struggling economy and raise the country’s weak foreign currency reserves.