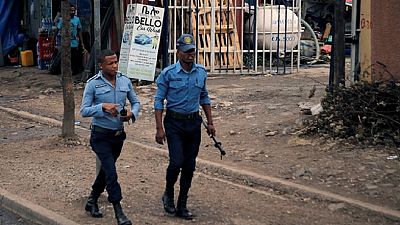 The command post established to oversee the new state of emergency in Ethiopia, has issued the much awaited details of how it will work

In his press briefing today, Secretariat of the Command Post and Minister of Defense, Siraj Fegessa, announced details of prohibited actions and measures to be taken against anyone if found violating the directives.

Nevertheless, the state is determined to implement the state of emergency, which is yet to be endorsed by the national parliament that is currently in recess.

Other than banning protests and publications inciting violence, the state of emergency seeks to outlaw the following:

The state of emergency declared by the council of ministers last Friday after the resignation of the country’s prime minister, Hailemariam Desalegn, has been criticised by foreign diplomats including the United States, United Kingdom and Germany.

Ethiopians in the Northern Amhara city of Gondar have also defied the directive banning protests, by organising a sit down strike that is now in its third day.