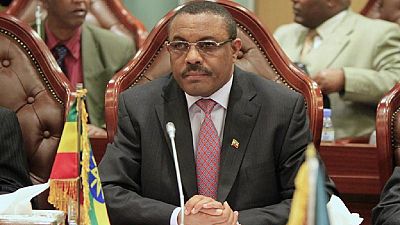 Outgoing Ethiopian Prime Minister Hailemariam Desalegn was forced to resign due to his radical posture on promised political reforms, Reuters quotes an unnamed analyst as saying.

Desalegn had pushed for the release of more political detainees despite thousands having been freed in that last few weeks. The analyst who is said to be familiar with Ethiopian politics asked not to be named in order not to jeopardise his relationship with the government, Reuters said.

“He (the Prime Minister) wanted more prisoners released – I think he wanted to empty the jails of all political prisoners. Remember he also ordered the closure of this notorious prison in Addis. This was a PM who wanted some major changes but sadly didn’t get all that he wanted,” the analyst said.

“It looks like there is a political power struggle and this has been ongoing for a while. I don’t think the resignation is a sign that the hard-liners have won. They will probably continue on the path of reform, albeit not to the scale and speed that people want. They realise that there is no option.”

However, the resignation did not necessarily mean reforms would stop, the analyst said. Desalegn submitted his resignation to the Executive Committee of the ruling, Ethiopian People’s Democratic Front, EPRDF.

If accepted, a new Prime Minister will be named in the coming days. The Premier is leader of government business under Ethiopia’s political structure. He has served as Premier since 2012 taking over after the death of former leader Meles Zenawi.