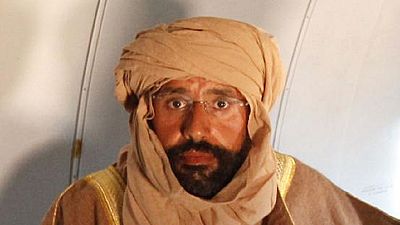 Saif Al Islam Gaddafi, son of former Libyan leader Muammar Gaddafi is qualified to contest in presidential elections scheduled for later this year, leader of the legislature has said.

Aguila Saleh Issa, Speaker of House of Representatives told news outlet Sputnik that with the adoption of a new amnesty law, Saif like anyone else could contest to lead the north African country.

“We adopted a law on amnesty and a law on suspending political isolation. Now each Libyan citizen, who is not prosecuted under law, has a right to run [for president]. The voting will show whether Saif is popular among people,” Issa said.

A Gaddafi family spokesperson in December 2017 confirmed that Saif had support and credentials to end the chaos riling the country since his father was ousted in 2001.

“Saif al-Islam Gaddafi, the son of the former Libyan president, enjoys the support of major tribes in Libya so he can run for the upcoming presidential elections due in 2018,” Basem al-Hashimi al-Soul said at the time.

At the height of the uprising against his father, the International Criminal Court issued a warrant for the arrest of Saif in June 2011 over suspicion of murder and deadly protest clampdown. Later the same year, he was captured by Libyan rebels who held him till June 2017 when he was released.

The United Nations – backed Government of National Accord (GNA) which is based in Tripoli have said elections could be held this year. The process has the full support of the United Nations, United Kingdom, the United States and other interested parties.

Khalifa Haftar, leader of the other major power faction, based in eastern town of Tobruk has also said Saif could contest for president. The country last went to the polls in 2014 but the process was disputed and led to deepening of political rifts across the country.

Since Gaddafi, was overthrown and murdered as a result of the civil war in 2011. The country has been engulfed in clashes between various factions and terror groups. Government forces drove out Islamic State insurgents from the town of Sirte – hometown of Gaddafi.