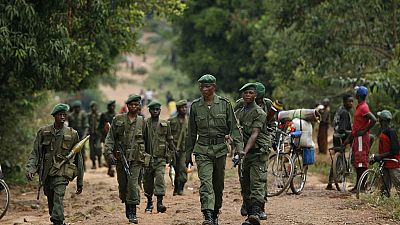 Three people were killed in an attack by suspected Ugandan Muslim rebels of the ADF who also looted a hospital in the eastern Democratic Republic of Congo, local officials said on Saturday.

“They also looted the village health center,” he added.

The administrator of the Beni territory, Amisi Kalonda, confirmed the attack to AFP.

“We alerted the army, the people who had fled last night started to return to the village,” he said.

The village of Kitevya is located about 40 km northwest of the city of Beni.

Present in North Kivu since 1995, the ADF are opposed to Ugandan President Yoweri Museveni.

In January, the Congolese army launched a new offensive against these rebels accused of killing several hundred civilians between 2014 and 2016 in a series of massacres in Beni and its surroundings.

On Thursday, the United Nations accused a Congolese officer, General Muhindo Akili Mundos, of supporting these “massacres” of civilians. The UN sanctions committee has added his name to its list of people targeted by sanctions, along with the names of three militia leaders.

General Mundos was officially commander of the Congolese army’s military operations against the ADF in the Beni region from August 2014 to June 2015.