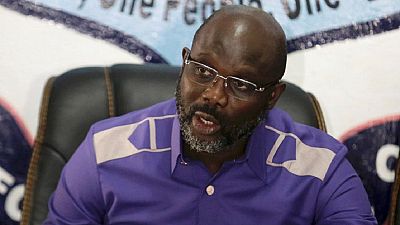 Liberia’s newly elected president George Weah is on a mission to stamp his authority and implement his agenda as soon as possible.

On his first day in office after the January 22 inauguration ceremony, Weah named five key cabinet portfolios including the Defence, Finance and Foreign Affairs ministers.

Following that, the president has now issued financial directives that will ensure that he effectively controls government spending.

Any amount above the $3,000 USD threshold must seek approval from the Office of the President.

In a statement issued from the office of the president, the president ‘with immediate effect directed all Autonomous Agencies and Public Corporations of the Government to authorize and expend a cumulative amount of not more than USD $3,000 for operational expenses.

“Any amount above the $3,000 USD threshold must seek approval from the Office of the President,” instructed the directive.

According to an Executive Mansion release, the HR Manager and all relevant signatories of the various autonomous agencies and Public Corporations of Government are further authorized to pay all legitimate salaries and other benefits to their employees.

The president in his inauguration speech promised to stamp out corruption, transform the economy and ‘construct the greatest machinery of pro-poor governance in the history of this country’.

SUGGESTED READING:President George Weah lays out his agenda for Liberians